A Brutal Rejection On The Subway 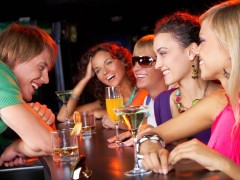 I was out on a Saturday night at some lame club my friend dragged me too. It was so loud I couldn’t hear anything and I had trouble believing that people go to clubs to meet people. (Maybe I’m just getting old.) I approached two different girls but it was so hard to maintain conversations that they just died out.

I was still in the mood to talk to girls on my way home since I couldn’t do it at the club, so when I went down the escalator of the subway and saw a pretty girl standing alone I had to do something. I couldn’t have made it more obvious that I was going to talk to her when I positioned myself next to her, but there was no “smooth” way of bypassing less empty spots to stand next to her. (In fact there is no evidence that making a smooth approach increases your odds of success.)

I waited no more than 5 seconds. Any longer and I just would’ve started to psych myself out. She was in what seemed to be gym shorts so said, “It doesn’t seem like you went out tonight.”

“Actually I did but I changed so I wanted look like a whore on the way home.”

Now that’s called “giving encouragement,” where the girl gives a rich answer that lets me take it all sorts of places. My next comments were about the weekend being amateur hour and the horrible club I just came from. She took out a piece of gum and I asked for a piece.

The train came and she went in first. I was very casual about the whole thing. There were no distractions like 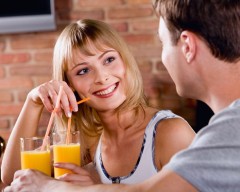 in a bar so there is less of that urgency to fill every silence. Once inside the train I sat near her and since she wasn’t going anywhere there was no worry of her walking away.

She had a smart ass sense of humor so it was easy to tease her, about her young age and the mosquito bites on her legs. I jokingly asked if she was “intimidated to be talking to an older man,” one of my favorite lines.

I asked her what stop she gets off and since it was one away I decided to go for the number. Nine times out of ten, based on the fun conversation we had, I’m getting a number. In fact I thought the number was such a sure thing that I was already thinking of logistics on how to get out this college girl who doesn’t have a car.

I told her we should hang out for a drink and her reply was, “Haha no.” She laughed at me. There was other passengers around and they saw all this, though they did not make a noise.

I said, “Wow, well, you could have lied and said you had a boyfriend.”

“Well I do have a boyfriend, blah blah blah.” 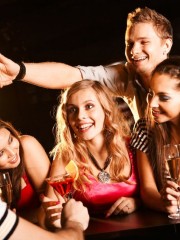 The stop came and I smiled and told her to have a good night. There’s no point in getting upset, especially since this approach will make it easier for me to do more subway approaches. After a few minutes the burn of her rejection in front of a small crowd wore off and I felt fine. Now I’m more motivated to chat up girls on the subway since I know the odds are way in my favor. 98% of guys in DC never even get up to the point of asking a girl for their number on the subway.

There are two types of guys: those who let rejection get them down and those who use it as fuel to feed the fire. I’m the latter, because I know that part of the game is a numbers game. For every couple rejections there is a nice success. If you stop at a rejection then you stopped too soon.

Having this belief is the reason why I was able to amass such a large amount of experience that led to the writing of Bang, where all the hundreds of approaches I made led to so much success that I was able to pick out the patterns and distill my knowledge into a practical guide, from inner game to sealing the deal. I’m not afraid to talk about my rejections because that has what developped my game to where it is today. It’s the only way to get better.

Click here to read sample pages from the book.

About Roosh "Roosh is a Washington DC native and worked as a scientist until he pulled out of the rat race to pursue a slower lifestyle. A member of the old Mystery's Lounge, Roosh built up his game after college, cumulating with the release of his book Bang almost seven years later. Currently he is writing his second book about his six month trip to South America in late 2007."

A Brutal Rejection On The Subway