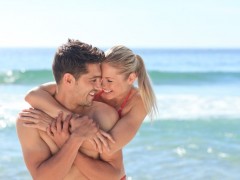 David D’s material may seem a little basic for guys who have been in the game for a long time, but no one covers the fundamentals in a more practical, easy to understand way than David D.

A couple months ago I posted The 22 Most Essential David DeAngelo articles. I’m glad to see that David is still pumping out good content.

Below is recent article I received from David that I thought would be worth reposting here. In this article he talks about the characteristics of a cool guy that attracts women.

The 4 Traits Of A Cool Guy

So what is it that separates the “cool” guys from the “uncool” guys?

What is it that makes a few rare people the kind of people that EVERYONE wants to be around?

What is it about UN-cool guys that repels other people, and makes women run away?

And what is it about this element that I’m calling “cool” that makes guys who have it attract more women than they can handle?

THE DEFINITION OF COOL

I personally think that being “cool” comes down to:

Before I get into each of these in detail, I want to mention something…

Usually, I tend to stick to techniques to help you meet more women, or give you advice to get past limiting beliefs, etc.

I’ve realized recently that there are a few BASIC, FUNDAMENTAL things that we, as guys, need to really “get” about interacting with other people before we start trying to learn advanced stuff, like how to approach and meet women. If you don’t have some of the basic things handled, all the fancy techniques in the world won’t fix your problem.

So stick with me here, this is important.

OK, so let’s talk about the four components that I mentioned above.

Independent is the OPPOSITE of “dependent”.

When you act “dependent”, you lean on others, you look to them for approval, you ask what they think before you make a decision, you tend to want to stay physically close to them, and your feelings tend to depend on what others feel and think of you.

When you act INDEPENDENT, you lean back, you do things because YOU decided you wanted to, you don’t ask others what they think – instead you decide yourself, you are fine walking away from your friends for awhile when you’re out, and your feelings are controlled by what YOU think, not what others think.

A “dependent” person will go into a bar with friends, stick close to them all night, ask what everyone else is drinking before they order, get upset easily about things that others say, and constantly be looking for attention and approval in some way.

An INDEPENDENT person, on the other hand, will go into a bar with friends and be more likely to… walk away and look around the place ALONE to see who’s there – and feel fine about leaving their friends for awhile and striking up a conversation with a stranger… They’ll order a drink if they want, or water if they want – and not care what everyone else is drinking… They’ll be cool and calm no matter what happens – even if others are getting upset around them… And, most importantly, they aren’t looking to others for attention and approval. They’re doing their own thing, and enjoying whatever happens.

Most people in this world are ATTACHED to the outcomes of things. They’re constantly worrying about what’s going to happen… and talking about the future in a fearful, uncertain way.

This type of person always wants to know what other people think of them, and they’re worrying about what they should do so other people will like them. Unfortunately, this almost ALWAYS comes across as INSECURITY.

An INDIFFERENT person, on the other hand, just goes about life and takes things as they come.

The indifferent person is INDIFFERENT to the outcome of whatever situation they’re in.

If it’s a man, and he’s approaching a woman, he will be OK with whatever happens. If she’s nice to him, great. If she’s uptight, no problem. If she’s rich, famous, and beautiful… and starts coming on to him, fine. No big deal.

When you are ATTACHED to the outcome of a situation, it makes you act all kinds of freaky. You pause, act nervous, hold back, look for approval, act insecure… and any of 100 other unattractive things.

On the other hand, when you’re INDIFFERENT to the outcome, it makes you MAGNETIC. Especially when it comes to women and dating. Indifference is the ultimate way to show a LACK of insecurity in life.

It’s a complete mystery why we find things “funny” and why we “laugh”.

Crying because someone died makes some logical sense. It’s a bad thing, and crying expresses a negative emotion.

But when you see a dog run into a window because he doesn’t see it… and he gets a confused look on his face, you LAUGH. What’s with that?

Humor is interesting to me, in that if you’re funny, it makes people FEEL GOOD inside. They laugh, and it triggers positive feelings.

If you’re not naturally funny, it’s a great skill to learn. Read books. Watch live comedy. Do whatever it takes to learn how to be funny.

Most of the “coolest” guys I know are wickedly funny. Some of them are only funny on occasion… but they “get it”… and when they do make a joke, it’s DAMN funny.

I know that this sounds funny, but most of the people I know who are “UN-cool” are not very adjusted socially.

They lack a certain something in the “social skills” department that makes it OBVIOUS to others (and especially to women) that they don’t know how to relate very well to other people. They just never learned how to make others feel comfortable around them.

If you’ve ever known an accountant or computer programmer that was brilliantly smart, but totally boring, you know what I mean.

If people act kind of nervous, strange, and uncomfortable when they’re around you, then you also know where I’m coming from on this.

I can’t teach you how to make people feel comfortable around you in two sentences, but if you need to learn how to mix with people socially, then start PAYING ATTENTION to what’s going on around you.

Watch how others dress, carry themselves, walk, and talk. Pay attention to little details… like saying, “What’s up?” when you meet someone new, instead of “Hello, pleased to meet you” and such.

But it’s a great start.

If you can first get yourself to the place where other people want to be around you just because they enjoy your company, you’ll find that taking things to the next level with women will be about 10 times easier.

I’ve had this conversation with MANY of the guys I know who are successful with women, and they all basically say the same thing… you have to learn how to be “cool” and make others (women) feel comfortable just being in the same room with you. And if you’re “cool”, this happens almost instantly. If you’re not “cool”, then you’re going
to have a hard time making ANYONE feel comfortable with you… never mind having a woman feelATTRACTION for you.

Now, I also realized that a lot of the materials that I teach in my eBook is aimed at this EXACT topic.

Even though I don’t talk very much about this concept (I will in the future, though), you’ll notice that many of the techniques you’ll learn from my materials will help you in a lot of areas of your life… not just with women.

Well, for one thing, people who know a lot of “cool” or influential people are very careful about who they “bring along” to gatherings with friends.

The LAST thing someone “cool” needs in their life is an “UN-cool” person making a jackass of themselves in front of all of their friends.

When you learn the art of being “cool”, you start to attract other cool people. And those people will see that you’re not insecure, emotionally unstable, clingy, and such. They’ll see that you know how to handle yourself with other people (and with women), and they’ll start introducing you to other cool people (including women) instead of running away from you.

Read the entire book that made David D a household name amongst young men. There probably isn’t a book that more people will say changed their lives than his now famous book.

Here is another article related to the subject: https://www.tsbmag.com/2017/12/01/the-3-personality-types-that-turn-women-off/

About David DeAngelo David DeAngelo is the author of Double Your Dating, and the creator of programs like Advanced Dating Techniques. He has spent the last 15 years educating men on how to improve their dating life, self confidence, and inner game.  You can read 22 of his David DeAngelo's best articles here.