Return to Hulk-a-Mania: A Reflection on Masculinity

These days, kids are pretty fucked up. I was recently meandering through a nondescript mall, observing the deplorable role models little boys have to emulate. Sponge Bob Square Pants? That little geek Harry Potter? Seriously? It’s no wonder more boys are growing up to become a little pussies. These lackluster excuses for masculine icons are a constant reminder how blessed our generation was to have a personality like Hulk Hogan to guide our ascent to manhood. 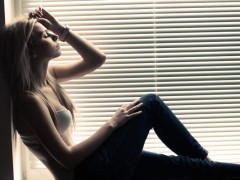 Better known as “The Hulkster,” he emerged during the 80s, an era notorious for its incredible male role models.  Who could forget Pee Wee Herman, the endearing sex offender with his own Saturday morning show?  Or He-Man: Masters of the Universe, a cartoon that provided children with an example for a male chauvinist mentality at such a young age. But it all pales in comparison with the prestige that was “Hulk-a-mania.”

The “Hulk-a-mania” trend, easily discernible by its flamboyant yellow and red colors, swept Americans off their feet, and then body slammed them for the count. The Hulkster’s wild and lovable antics left little boys mesmerized. The shirt tearing, trash-talking fury of Hulk stole the hearts of little dudes everywhere (no homo). To many children (including your humble narrator), this bellwether of the late twentieth century served not only as an idol, but as a pseudo-father figure as well.

As someone in Hulk’s corner, I feel compelled to defend him against the unfounded criticism levied against the “Hulk-a-mania” lifestyle. Hogan not only led what some seem to believe is a barbaric existence of grabbing other fat, sweaty men in tights, but he also had a more sophisticated side which included hanging out with chicks in bikinis and perusing a music career with his “Wrestling Boots Band.” (This isn’t a joke by the way, Google it!)

While his stint as a musician never truly received the accolades it deserved, the themes his songs suggest manifest the positive ideals that Hulk put forth for his stable of young fans. I would highly recommend downloading Hulk’s musical masterpieces such as “Hulkster in Heaven”, “Hulkster in the House (Check Him Out, Check Him Out)”, and the cult-classic “Beach Patrol”. All of Hulk’s songs embody a minimalist worldview advocating, “Eat your vitamins and say your prayers, brother!” Lyrics like “When the going gets rough, the rough get tough” personify in melodic ecstasy Hulk’s exemplar advice for youngsters: “Get tough!”

Unfortunately, time has caught up with Hulk.  His sagging man breasts along with his flabby physique are a testament to how three decades of the fast-paced “Hulk-a-mania” lifestyle has put Hulk down for the count. Regardless how Hulk intends to live out his now dismal existence, it should not hinder his prior contribution to society. When you see Hulk Hogan, please don’t think about how desperate and pathetic Hulk Hogan has become. Instead, remember the good times you shared with Hulk: body-slamming Andre the Giant, his epic battle with the Ultimate Warrior, and jamming out on the bass on his album: “Hulk Rules”.

Obviously it will be eons before a bench pressing, bicep curling vanguard of Hulk Hogan’s’ caliber returns to grace civilization. But getting America’s children a dose of masculinity should be a chief concern. Fuck health care. Fuck the recession. Fuck terrorism. Our chief concern should be getting manly! Perhaps Obama should pass a law mandating fathers to spend four hours a day lifting weights and sitting down to dinner after frenziedly tearing off their shirts in trademark Hulk fashion. All I’m saying it something needs to get done. Let’s get tough, brother!

Return to Hulk-a-Mania: A Reflection on Masculinity