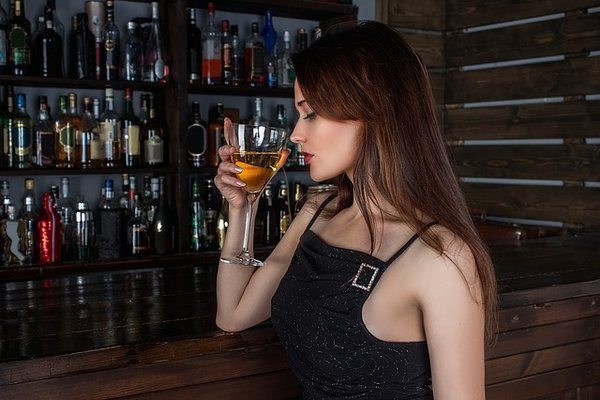 Wondering if a girl is still into you can be borderline torturous. Even if you haven’t succumbed to a terrible case of ‘one-itis’, you might still be scratching your head over whether or not you should move on.

Indecision is completely understandable in these instances. On one hand, you don’t want to write off a seemingly great girl, who you’re really attracted to, just because she might be legitimately preoccupied. People have lives, it’s a thing.

On the other hand, you don’t want to get hung up on a girl who’s completely over you, because;

b) You’re wasting time and energy that could be used pursuing other girls.
So to help, here are 3 ways to know when it’s time to dust your shoulders off and move on.

Sorry, not sorry in advance for the tough love.

1. She stops inviting you to things or making plans.

Remember when you first started flirting with a girl? You felt that initial spark and she was inviting you to a ton of stuff?

Her birthday, her friend’s birthdays, that new art show, Thursday karaoke night, her third cousin’s (twice removed) wedding and then, all of the sudden… nothing?

Oh, and if she happens to be at the same event and doesn’t want to take a picture with you? Yeah, she’s over it.

“We used to text, Facebook, Snapchat and tweet at eachother all the time and now she only ever sends me something after I send her something or doesn’t reply at all.”

If she’s stopped reaching out to make sure that you’re still there, her interest is circling the drain. Women will constantly feel out to see if guys they’re interested in are still interested in them, and if she’s not doing that with you, you can bet she’s doing it with somebody else.

So maybe you’re still talking regularly, but every time you ask her out or invite her to somewhere where you are, she either never shows up or is constantly too busy.

Here’s the truth about “too busy”;

If it happens more than 3 times, she’s not too busy, she’s not interested enough.

Remember, people will always make time when they want to. So if she’s not making time for you, chances are she’s really “busy” with somebody else.

Implement the three-strike rule, and be ready to man up, move on and swing for the fences the next time you’re up to plate.

Here’s a complete guide to reading a woman’s interest level.

How to Handle When a Girl Loses Interest