What You Need to Know About Fish Oil Supplements 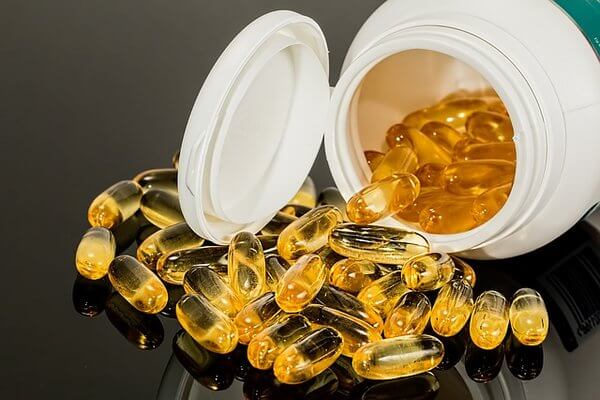 You may or may not have already adopted fish oil as a supplement choice, but if you haven’t it might be time to consider it. Fish oil is gathered by pressing the tissues of oily, fatty fish, who are filled with tee fatty acidsdocosahexaenoic (DHA) and eicosapentaenoic (EPA). Here is pretty much everything you need to know about the health benefits of taking the supplement.

Fish oil is highly celebrated for its ability to reduce inflammation in the body. Some research done at the University of California discovered that fish oil actually leads the cells to release molecules that go to work fighting inflammation, which can be caused by stress, our diet, alcohol, and even pollution in the external environment. Those molecules can sweep away excess inflammation.

We do need small amounts of inflammation in the body because it jumpstarts the body’s healing process, but too much and the body has a hard time making up for it on its own. This is particularly an issue when the inflammation is directly around the organs, which can slash their productivity levels.

Many of our diets are high in omega-6 fatty acids which are found in foods like eggs and red meat, so it’s important to balance out the ratio so that omega-3 to 6 is about 1:1. Keeping that ratio has been associated with healthier blood vessels, a lower lipid count, reduced risk for plaque buildup in the arteries, and a reduction in risk of certain cancers.

It turns out when you take a fish oil supplement can actually have a different effect on the body. To get the highest benefits out of fish oil, you might want to consider taking it a few hours before you hit the gym. Some research published in the American Journal of Clinical Nutrition found that runners who took fish oil before their workouts lost significantly more weight than those who did not.

Another study published in the Annals of Nutrition and Metabolism found that when fish oil is paired with carnitine, the free fatty acids in the body are reduced which can help with weight loss.

There are a few things to keep in mind however. Anyone with a seafood allergy of course should not be considering the supplement. Some people with inflammatory bowel disease are warned against taking it, and so are people who take medications for their blood pressure. Fish oil might actually lead to an increase in blood pressure levels, but it also might help reduce triglycerides in people with high triglyceride levels.

Some research that was done at Michigan State University found a link between fish oil and an increased risk in colon cancers in mice, which is why we are cautioned to only take the suggested serving size of the supplements.

There are other sources of omega-3 fatty acids, but the plant based ones are called Alpha-Linolenic Acid and are not that same as the DHA and EPA that we get from the fish based supplements.

Helpful hint: if you take the sort of fish oil supplements that make you burp you can prevent this by taking them with food or by freezing them first.

What You Need to Know About Fish Oil Supplements