How to Apologize Better According to Science 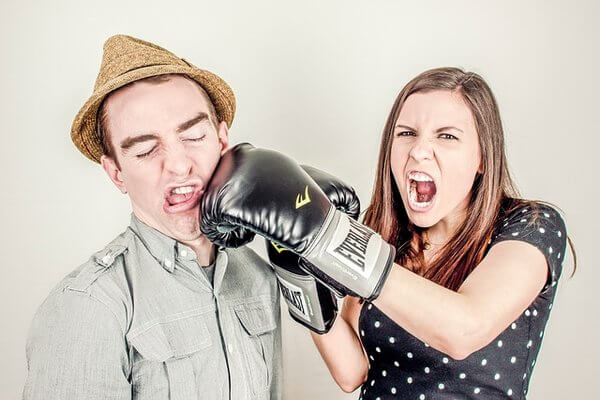 We all have to apologize from time to time, and our romantic relationships can be a particularly common place to do it. Even when we’re not doing anything horribly wrong, there’s something about the dynamic within a couple that highlights the things we could be better of changing about ourselves. In the right relationships that can be a really good thing. But it does mean that we need to do right within those relationships. If your apologies seem to fall flat there might be some pretty simples reasons why. Here’s what you need to know.

Some research was done at Ohio State University that bascially set up a hypothetical situation where someone would need to apologize, and then had their participants rate the different versions of apologies to figure out what made some better than others. They determined the following.

You Need to Be Sincere

if you don’t actually express regret when you’re delivering an apology, then it won’t come off as sincere. So you probably have to actually be sorry to deliver a good apology. Don’t be awkward by avoiding eye contact, be open physically as well as emotionally and just go for it.

You Have to Explain What Happened

An apology is no good unless you have an awareness of what you did wrong. Otherwise she’ll feel like you’re just apologizing to get her off your back. There’s a big difference between accidentally hurting someone’s feelings and being intentionally mean, and sometimes you need to explain that. So it’s not always that you’re apologizing for something that you didn’t do, but sometimes that you’re understanding how you unintentionally hurt her and that you didn’t mean to.

Then You Need to Take Responsibility

Taking responsibility means that you can you can acknowledge when you are in the wrong. The concept of that can feel tough, but if you’re wrong you’re wrong, and better off just admitting that for both of your well being. Often this is the most important aspect of an apology because it lets the other person know that she not only hear them but that you actually care.

But then You Have to Change

Once you take responsibility for doing something wrong, then you have to actually make the effort not to do it again, otherwise it takes back your sincerity. If you apologize for flirting with your ex girlfriend in front of your current girlfriend you can’t do it again and expect her to take your apologies…or your intentions…seriously.

A commitment to fixing what you did wrong is important when there is actually something to fix. Don’t toss around empty promises like replacing the vase you broke and then not. It’s rude in general and a really quick way to make resent the crap out of you.

At the end of the day you might have to request to be forgiven, but according to this current research it’s the least important part to the person who is (hopefully) doing the forgiving. Do it if you need to open the conversation towards forgiveness, but don’t expect that it’s enough on its own to actually get the forgiveness.

How to Apologize Better According to Science