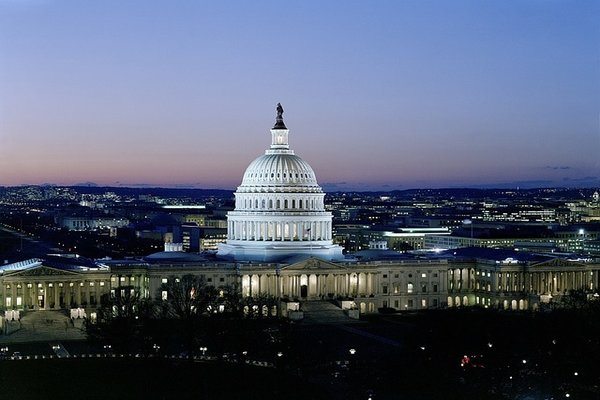 It is hard to discuss politics with such a person. Indeed, I have always doubted his grasp of the subject. Like most people, he doesn’t take time to study the facts related to the issues—not even the ones that touch on matters that may affect him personally. He lumps politics and all politicians into one mental basket marked “worthless”.

My friend is driven to his pessimism by the deeply-held belief that no matter who gets elected the wrong people will be rewarded. Many share this view, and it largely explains the rise of the so-called outsiders in this year’s presidential campaign.

But what the news stories that push and celebrate this narrative overlook is the long-term corrosive effect of public pessimism about politics. If campaigns, debates, and issues provoke nothing but gloom and discouragement, then there can be no government by the people, for the people, and of the people. In such a state of affairs, the voices of individual citizens become even more obscured by large and powerful interest groups.

At this point, the effectiveness of the so-called grass roots movements might be invoked. But such movements have already been or are in the process of being co-opted by the two major parties. And in any case, grass roots movements are themselves political, and can, through malpractice and malfeasance, reinforce the pessimism that ordinary voters feel about the whole business.

There are, however, ways that you can avoid falling into a downward spiral of political pessimism.

Acknowledging that politicians are fallible citizens of the same democracy in which you grew up, not well-bred members of an aristocratic class, is the first line of defense against this way of thinking and feeling. You should forgive individuals seeking office minor errors and lapses of judgment. Know that the candidates you have to choose from were young once and probably did things they have since regretted. The people to harden your heart against are those who show an unbroken pattern of lying, deception, and abuse. Otherwise, you should give the politicos a break. Few of us have lived unblemished lives; and it is odd, and not a little hypocritical, to rage against “the elites” whilst demanding public figures of moral purity and perfection.

Another way of avoiding pessimism about politics is to understand that the entire business is concerned with getting and holding on to power. This is unavoidable. Even the most principled and patriotic person can do no good in government unless he is in an office that gives him the constitutional authority to fund, manage, and direct it. To look down on politicians for hankering after power is absurd. Of course they want power. How can government exist if no one is interested in running it?

One of the most tiresome populist lines one hears nowadays is that all politicians are in office to get rich. There was a time when getting into public office was seen as a way to enrich oneself and one’s friends. And there are still a few who practice such skullduggery. But there are much easier ways of making money nowadays—even as a scam artist. And in any case most office holders come to the job having already succeeded in some other profession. Indeed, most politicians take a pay cut in order to serve. Letting go of the illusion that politicians are in it for the money will help you become less cynical about politics.

Finally, you must be willing to approach politics with some humor. Politicians in a democratic society can only be as good as the people they represent. If you are not to settle into a permanent disposition of gloom, cynicism, and dismissiveness, you must be willing to appreciate the many mad, preposterous, and contradictory ideas held by your fellow-citizens and expressed by the candidates running for office. This must include a bit of self-criticism. You may find that some of your own beliefs about public priorities do not add up.

The public sphere is thick with unending streams of nonsense and bullshit. This makes it hard for anyone to be cheerful and hopeful about politics. But if you must be a pessimist be a spirited pessimist. Know that there will always be fools and low-minded morons willing to degrade politics for their own sport and profit; but know also that you can choose to go on believing in the things you think are important, and that you can still fight your corner and vote the ticket you believe will do the most good for the most people.