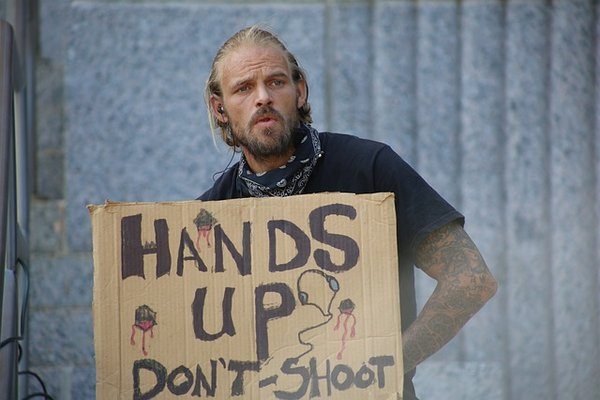 Though making money should be every man’s top priority, your talents and intelligence need not be dedicated solely to that purpose. As well as an aspiring billionaire, you are also a member of a community. What I mean by “community” is the cluster of social relations that you most closely associate or identify with—a cluster that is not necessarily limited by your race, religion, gender, or socio-economic background. Taking an interest in a public problem is not only a humane and civilized thing to do; it is often a materially advantageous thing to do, as it may help you expand your network of influential friends.

From the Tea Party to Never Trump and from Occupy to Black Lives Matter, the last half-decade has seen an explosion of public causes driven by a country that is undergoing tremendous social and political changes. Twenty years from now, when we will once again be living in some stable social order, your grandchildren are going to ask you what you did during this time of upheaval. You should have at least a few good stories to tell them.

Getting involved in a public cause is not so straightforward. You may be inspired by the ideals of a particular organization; but when it comes down to it, you will need to work with people. That will no doubt be the hardest challenge; for there are several types that will make it difficult to stick to your commitment. They are the sanctimonious, the nihilist, and the control freak.

The sanctimonious is the most irritating. You are no doubt familiar with these kinds of people from your Facebook feed. They are not interested in analysis, strategy, or workable solutions. Their only aim is to appear morally superior, and to ensure that everyone sees them being so. They are the dullest, most humorless, most disagreeable people to be around. They live on indignation, which is why they are drawn to any activity that is powered by anger and dissatisfaction.

Another, much more dangerous, type of personality attracted to such causes is the nihilist. The nihilist has no values, no ideals, no real meaning or purpose in his life. He is interested in upsetting things just for the sake of upsetting things. He wants to watch the world burn for the fun of it. The nihilist is easily discernable. He is the one who speaks only to suggest some plot to make mischief.

The third type commonly found in public causes is the control freak. The idea of reform, which is at the heart of most such movements, appeals greatly to the mind of someone who lives for telling others what to do and how to do it. The troubling thing about control freaks is that they come in some of the sweetest and most innocent guises. The cute little blonde who seemed friendly and unassuming when you first met her can turn into the most monstrous tyrant if given even the smallest amount of power.

Despite the challenging types of people you will meet, you should get involved in a public cause. You should throw yourself into one of the many streams of energy and activity that have sprung over the last few years—if for no other reason than to make memories that you will be fond of when you’re old.