How To Pick Up More Women Using Self-Deprecating Humor 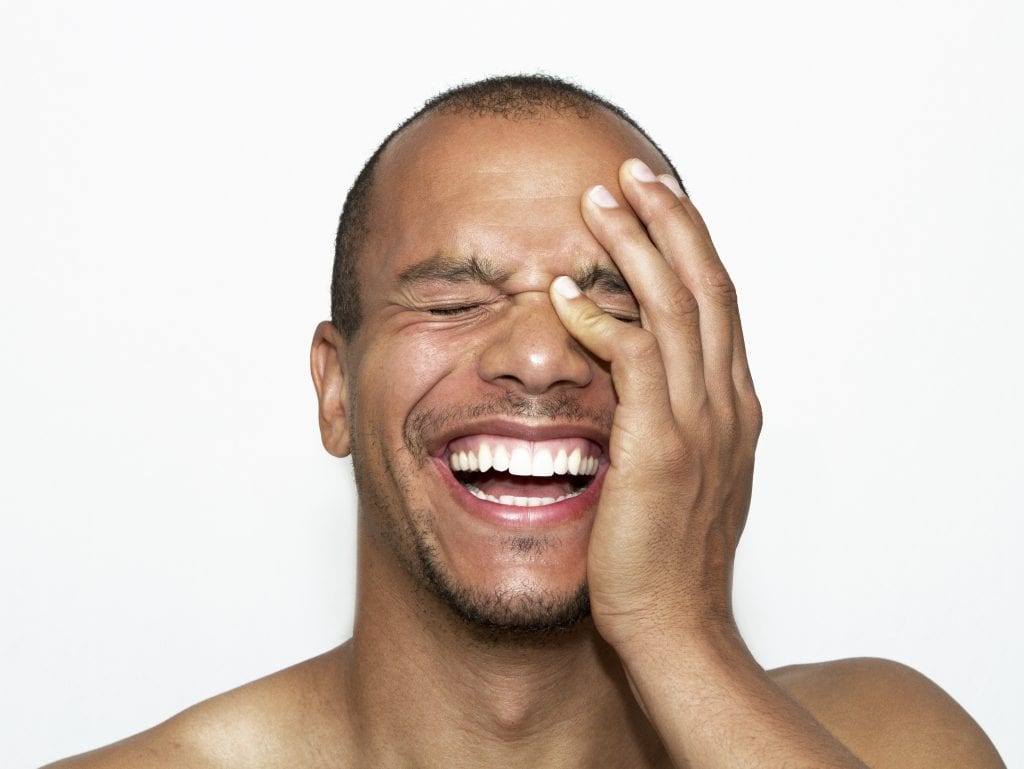 Ask most girls what they look for in a guy they’ve just met. Go ahead, do it. Chances are, you’ll hear most girls tell you they are looking for similar things. Some examples:

“My ideal guy is independent and ambitious.”

“He’s bold and not afraid to be himself.”

You get the idea. If you want more examples, read through the slew of bios on Tinder and Bumble. You may be surprised how many women tell the world exactly what they’re looking for.

One common trait is a guy with a good sense of humor.

“I just want to meet a guy that’s funny!”

Sound familiar? It should. If you haven’t noticed, the guy at the bar who always has a crowd of women around him is usually making them laugh pretty often.

The problem with humor is that it’s unique to each individual. Things that you find hilarious won’t always resonate with women. If your sense of humor is brash or immature, you will likely scare her off by cracking an inappropriate joke.

Maybe it’s funny, but it’s not good for picking up women.

You should probably avoid jokes related to politics, sex, current events, and religion. Add to that list making fun of her, her friends, and the setting you’re meeting her in, even if the joke is light-hearted.

That’s a lot of material taken off the table. So what should you make fun of?

Yourself. Because self-deprecating humor is perfect for the dating game.

Women who want a funny man will also tell you they don’t want a cocky guy. Self-deprecating humor casts you as the exact opposite of someone with an unattractive level of confidence. It tells her your witty, fast on your feet, and humble.

Self-deprecation is the act of reprimanding oneself by belittling, undervaluing, or disparaging oneself,[1] or being excessively modest.[2][3] It can be used in humor and tension release.

Basically, self-deprecating humor means using yourself as a verbal punching bag to make others laugh. Standup comedians like Ryan Hamilton and Jim Gaffigan are great examples of people that have mastered self-deprecating jokes.

For example, Ryan Hamilton lambastes himself for having a stupid looking smile on his face 24/7 and for being from Idaho. Jim Gaffigan makes fun of his gluttonous eating habits to the point that his special, Obsessed, focuses almost exclusively on the topic of food.

While these guys are pros, they provide great examples of how self-deprecating humor works.

But how can you get good at being self-deprecating? And more importantly, when do you apply it to your dating game?

Be Honest With (and About) Yourself

The first step in adding self-deprecating humor to your dating toolbox is being honest with yourself. Know what’s apparent about your flaws, physical appearance, and bad habits. Know what you suck at.

Flaws include being bad at sports, always being late, and not understanding a trend everyone is obsessed with. Keep these light-hearted. Don’t turn this into a therapy session.

Barbs about your physical appearance like having big ears, small legs, and not being able to grow a full beard are good examples.

Bad habits like hating to exercise, drinking too much, or procrastination fit the bill. Again, these must be light-hearted. Otherwise, she’s just going to think you’re a slob.

Be honest with yourself:

What do you suck at?

Keep a mental list to be used for ammo later.

Be careful. Too much self-deprecation will make you sound depressed or upset with who you are. You also run the risk of sounding narcissistic if you’re too specific about your flaws. Done correctly, your joke won’t sound practiced at all. If it’s too specific, she’ll know you spent time preparing it.

Self-deprecation is less about tearing yourself down and more about showing her how self-aware you are. Joking about your trust issues from a past relationship that went sour is too much.

Too little self-deprecation will make you sound inauthentic and weird. You’re trying to convey to her that you’re comfortable in your own skin, not so cocky that you see nothing wrong with yourself.

Self-deprecating humor must be quick. You’re going for witty here, and the joke will lose it’s magic if you aren’t sharp with your delivery. Say it with bravado or don’t say it at all. Pass up the opportunity completely instead of delivering the joke late.

Douchebags cannot effectively use this style of humor. Douchebags tend to go back on a self-deprecating joke to correct or explain how awesome they actually are, which ruins everything you’re going for.

Never justify the humor or explain yourself when being self-deprecating.

You’ll see how awkward she gets when you say something like, “I shouldn’t drink as much, but it’s the only way I get girls to talk to me. Well, that’s not really true. I go on plenty of dates.”

You’d leave if a girl said that to you, so don’t be a douche. Stick to another style of humor if you can’t stand the thought of women not think you’re perfect.

This balance helps you appear witty, fast on your feet, and self-aware to women. And if the subject matter is something she can readily see having just met you, she will likely find it funny.

Applying It To Your Dating Game

The key to getting good at making self-deprecating jokes when picking up women is to practice as much as possible.

Make your list of topics. Try your self-deprecating jokes out on colleagues, friends, and family. See what gets laughs, and scrap or modify the jokes that make your friends ask if you’re doing okay.

Study some of these self-deprecating jokes, even though some of them are stupid. They will at least broaden your perspective on where the humor style works.

And when you feel comfortable, start using the jokes at the bar. Self-deprecating humor shouldn’t be the first thing out of your mouth, but if you have a tested joke about something obvious related to your physical appearance, go for it pretty early on.

If she doesn’t laugh, don’t be afraid to try again. You won’t hit on all of these jokes. Sooner or later, you may find that she appreciates the humor. Use self-deprecating jokes in moderation until you find a sweet spot where you are routinely getting laughs from new people. This will tell you that you’ve figured out how to use the style correctly when picking up women.

Self-deprecating humor is perfect for picking up women because it casts you as the exact opposite of being cocky. Used correctly, you will come off as witty, quick thinking, and humble.

Using this style of humor correctly means you do 4 things well: use real subject matter about yourself, show confidence, deliver the joke sharply, and never explain the joke. These 4 components are all necessary as you will butcher the joke or freak her out if one of them is missing.

Like most things, self-deprecating jokes takes practice. Use them on friends or co-workers until you feel confident rolling your jokes out to new women. Once you’ve practiced it enough, find your sweet spot. There is a balance. Too much self-deprecation is depressing and too little doesn’t seem real.

Whichever way you choose to use it, have fun with these jokes. You’ll find that women appreciate your humility and sharp wit. Your self-deprecating humor will stand out to them amongst a sea of douchey, overly confident men.

How To Pick Up More Women Using Self-Deprecating Humor