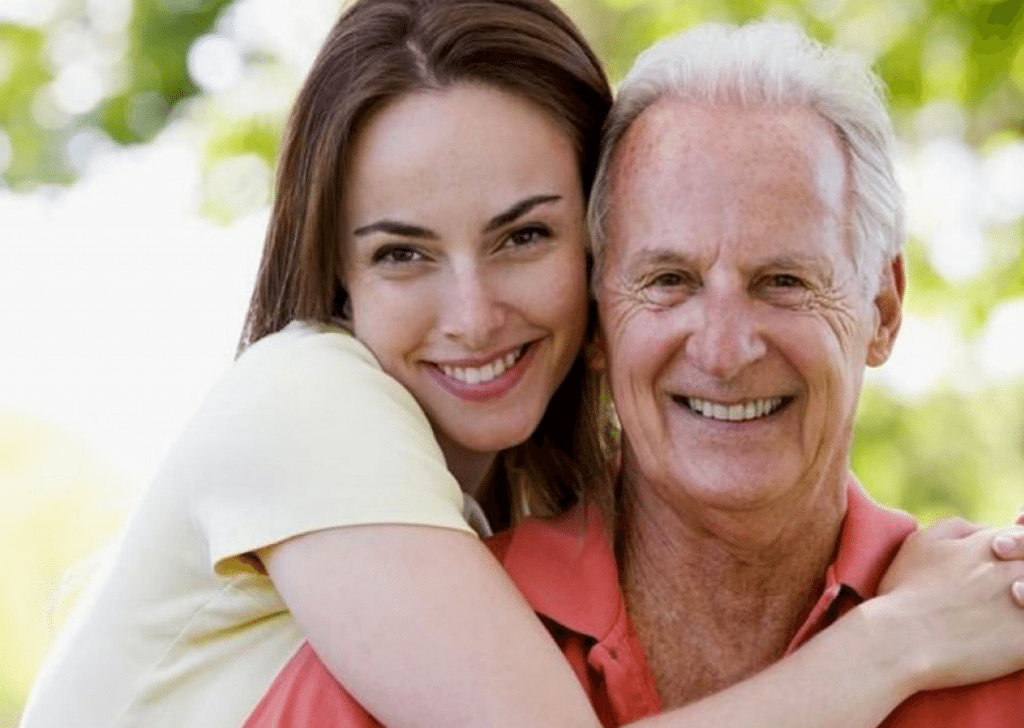 To be honest, I don’t do it for the money, as the time/value doesn’t make much sense for me anymore…

So, a handful of my clients are men past the age of 40…

Because the fact of the matter unless you’re 18 years old… there are girls out there that consider you the “older guy.”

So let’s examine these mistakes:

Older Guy Mistake #1:  Lowering yourself to her level to fit in with her age group.

Too often guys feel the need to act younger around a younger girl. But when you do this you come across as “supplicating” yourself and trying hard.

It is way better to embrace your maturity then to hide it.

Would George Clooney try to act/dress/talk like a 25 year old when hanging out with a younger woman?

Nope. He would use his age as an advantage.

And more than likely she would be trying to raise herself to fit in with his age group.

Older Guy Mistake #2: Bring your age to her attention with self deprecating jokes

Another mistake I see older guys making is continually making self deprecating remarks about their age.

Guys usually do this because they are uncomfortable with the age difference and they try to ease the tension they feel with jokes.

But in the end, this just lets the girl know you’re uncomfortable, and eventually its going to make her uncomfortable.

So a lot of times girls will test older guys with comments like:

“You’re too old to be here”

Just ignore the comments and continue along with the conversation.

The worst thing you can do is start explaining yourself to her “Well, I haven’t met the right person… I’ve been focused on work.”

Just ignore the trap. No good will come from it.

And the truth is, when a woman is attracted to you age means NOTHING.

In fact, a lot of times it is EASIER as an older man to date a younger woman.

P.S. Why are they so much easier? Simple. Dating an older man, even a much older man, proves that she’s a ‘big girl’ now. She’s ‘better’ than the immature guys her age, and ‘sophisticated’ enough to be with an older man.

Not only that, but dating an older man is pretty damn taboo… and a perfect opportunity for her to rebel against strict parents and authority figures who have long attempted to restrict her sexuality.

Of course, not every young girl thinks this way… Only about 1 in 4 young women are actively hunting for an older man, and you have to know how to spot them.

In this brand new, free video, it reveals exactly how to recognize these curious young beauties – with pinpoint accuracy.

The best part is, when you know how to spot young ladies who want to fuck an older guy – pretty much all the work is done for you. Not only is there ZERO risk of rejection, but once you make contact, she’ll be coming on to you.

check it out now