How To Date A Mean Girl 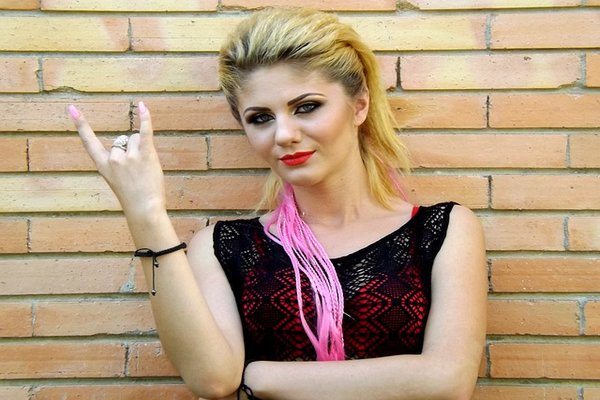 What it takes to tame the shrew

You cannot help who you’re attracted to. You’re not supposed to. Attraction is the effect of instinct and impulse. Against your will you may be drawn to someone who you know is all wrong for you, who you know will bring nothing but turmoil and trouble to your life. Nevertheless you can’t help yourself. You must have her, even if you know she is a mean girl.

Mean girl is a euphemism for “bitch”. But it does more work than the latter word in that it describes permanent qualities rather than a temporary disposition. It is also, I believe, less derogatory and misogynistic. Indeed, many of the women who are forced to wear the label do so with pride. They see themselves as tough and fearless, as being women whose words carry weight and whose approval matters.

Mean girls are inherent narcissists. They really believe that the world revolves around them, and the lives of everyone they know are secondary to their own.

If you have fallen for a mean girl, you are not the first man to have done so. This does not reflect ill on your intelligence, taste, or character. Indeed, the calmer, gentler, more centered you are the more likely you are to develop an irrepressible crush on a mean girl. Mean girls tend to go for guys like you; not because they think they can control you—that is nothing special as they think they can control everyone—but because there is something in all of us that seeks the other—the thing most unlike us or that we most dislike.

The mean girl will flirt with you and flatter you (in her own mean girl way) in an effort to get you to ask her out. She will want to date you because you embody virtues and attitudes that she, in truth, admires but could never adhere to.

So, how do you know if you are dating a mean girl? Here are a few signs:

She is in constant drama of her own making

Mean girls love attention. They cannot bear it if they are not in some way on display. Since she must be at the center of attention, she will strive constantly to make a scene. The smallest incidents will be blown up into major problems in an effort to deliver a performance. And she will always find a reason to raise her voice and berate you or someone else in public places where a large crowd is present.

She is a minister of misery

Mean girls love to make other people feel bad. If your girl has a habit of injecting poison into every conversation, if she insists on turning every fun and lively discussion into a trashy, gossip-laden, hate-fest, then you know what you are dealing with.

She is always angry with someone

Is she always angry with someone? Monitor this closely. Mean girls thrive on conflict. If her elf-esteem seems tied to putting down other people, you definitely have a mean girl on your hands.

Mean girls insist on having it all their own way. The imposition they put on others never bothers them. If you don’t say or do what she wants, she will taunt you in the most abusive, disrespectful, and irritating way.

How do you respond to a mean girl?

The answer is quite simple. You must stand your ground. Mean girls are used to people submitting to their bullying. Most people give in because they are genuinely afraid or they are exasperated. You cannot afford to be either of these.

If she starts to cause a scene in a public place, don’t take the bait. Shut it down before it can get started. Ignore her. Refuse to acknowledge her performance with words or your attention. Walk away.

If she taunts you, hit back with your own wit and scathing observations. If you are out with friends and she starts turning the conversation toward scandal and outrage, turn it back into the fun and happy gathering it was before.

Mean girls respond to strength, and so you must prepare to be strong. She may not necessarily be a bad person. In fact, she may have chosen you because she believed you had steel and moxie inside. Don’t disappoint. Show her what you are made of by confronting her meanness with nerve and mettle.

How To Date A Mean Girl