Flirting Fails And The Men Who Make Them 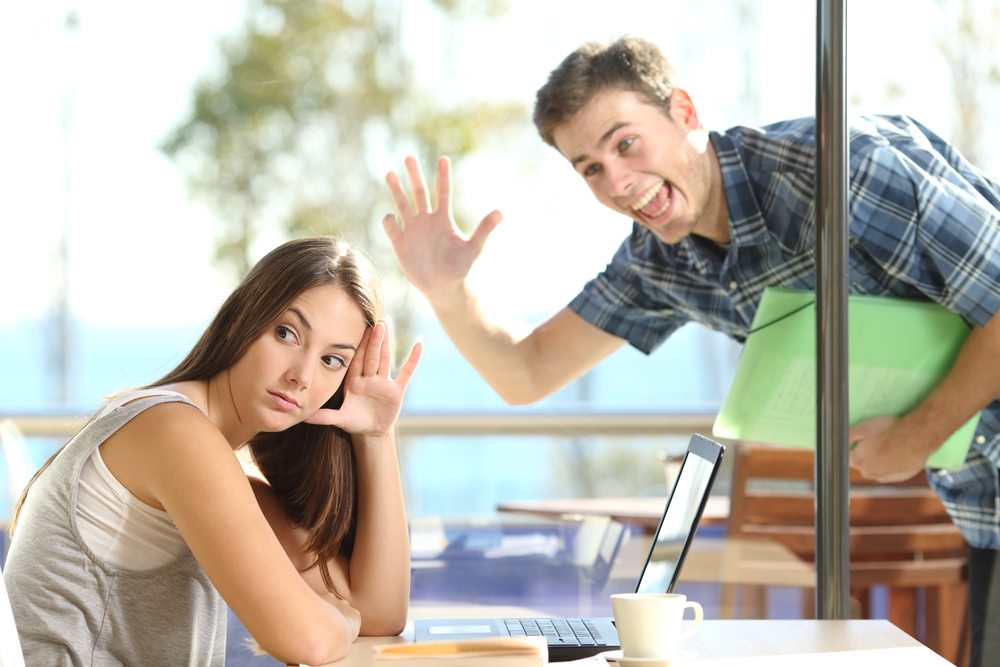 Beautiful women are all around us every day. Men are attracted to beautiful women, so it stands to reason that they will let their attraction be known. However, most men don’t get it right. When it comes to flirting, the normal failure for men is their immaturity or lack of social awareness.

You see, most women – especially “hot” women – are dealing with flirtation all day long. There are men all over the place who look, stare, ogle and comment on her attractiveness. In fact, many of those men think they are doing her a favor by letting her know something she was already aware of. Yes, believe it or not, self-esteem issues or not, she knows she is attractive.

When men don’t put some thought into their “flirting,” they just make the rest of us look bad when they go off the rails with it.

When women go out in public, they aren’t normally “looking” for flirtation from men. Hell, most of them are just going to work, running errands or doing some shopping. That isn’t to say some don’t look for it, but you can usually tell who these women are.

Unfortunately, men want to seize on an opportunity before it gets away, so spontaneously decide to flirt. Here is what happens when no thought is put into flirting before it is time.

Whistling and catcalling – there is no way this will work. This has to be the oldest and worst way to get a woman’s attention. And I can promise you unless she is specifically looking to get fucked at a construction site or on the side of the road, she hates you for doing it. It is rude, demeaning and treats her like a piece of meat. Shame on you!

Not taking the hint – if you approach a woman with a flirtatious attitude and she is not responding, politely walk away. Men who can’t or, more importantly, won’t take a hint or no for an answer are asking for trouble. This is the wrong day and age to be pushy and call it persistence. She isn’t buying it, so stop trying to press her for more. Oh, and if she has earphones in, you need to take that as a sign saying, “Do Not Disturb!”

Ego and cash – if you haven’t seen these guys before, you should. These men have a mentality that focuses on self-worth or cash-worth. They have an over-inflated sense of self (often completely imagined) and believe women should recognize this and get with him. Or, they just got paid and had the bank teller give it back in all fives with two one-hundred-dollar bills for the top and bottom. Then, they take that and flash it around at women expecting the money to do the flirting. Don’t be these guys. The women that actually respond to this are not worth having anyway.

Self-deprecation flirting – approaching a woman with flirting that downplays yourself to look “humble” is a recipe for failure. Since it is your first time talking, ultimately, she is just going to walk away thinking you have the worst self-esteem ever.

Stalking is not flirting – when you see a woman that you want to talk to, do so. If you follow her around the mall or store or around the park, she is probably going to notice. Yes, you are probably just trying to get the nerve up to speak, but you are just being creepy. If she sees this and then you try to talk to her, you will be lucky if she doesn’t run away before you can speak.

Insult flirting – opposite to self-deprecation, some men try to “roast” a woman they are flirting with. The problem here is, you don’t know anything about her, so most of your “jokes” are just going to seem like insults. This is very off-putting and will likely kill your chances of getting a number.

Most Online Flirting is Creepy

Not only do men put women off in the real world, but they do so online as well. This is where the immaturity really comes out. Many women post pics and selfies through various social media platforms, and men are quick to make their interest known. Sadly, the attention they are showing is a fail.

Comments on her pics – posting public flirtation via comments on pics a woman posts is foolish. While she will probably see it, she also gets put into an awkward position. If she isn’t into a guy, she doesn’t want to shut him down publicly and sending him a private message opens her up to a conversation. Or, while she may have been attracted normally, the comment itself was piggish or immature.

Liking every picture she has – this spells creepy and desperate. If you are liking every single pic on her profile or page, then you are obviously going extreme to be noticed. Smells like desperation to her, and it will probably weird her out a bit.

Stalking on social media – some men look for every possible social media profile for a woman they can find, in an effort to “get to know them” before reaching out. However, if you say something about this profile or that page on other sites, she will know what you’ve been up to. Her red alerts will be going off immediately. You can look all you want, but if you have, keep it quiet.

Things to Remember About Flirting – Offline or Online

Women and men go together. It is a natural thing, which means that flirting is as well. But, for a man to successfully flirt with a woman, and get somewhere, he must practice self-control. Women want to be wooed and made to feel special. Flirting is not overt. Flirting is about making your attraction known without shoving down her throat. This is done with humor, SUBTLE innuendo and complimentary talk from a mature male. Be interested in her, not her body. The biggest failure men make in flirting is underestimating women. They know what is going on. They have heard and seen all of it before. Be original by being mature and thoughtful. This will be something she didn’t expect.

Flirting Fails And The Men Who Make Them