Should You Pay For All The Meals? 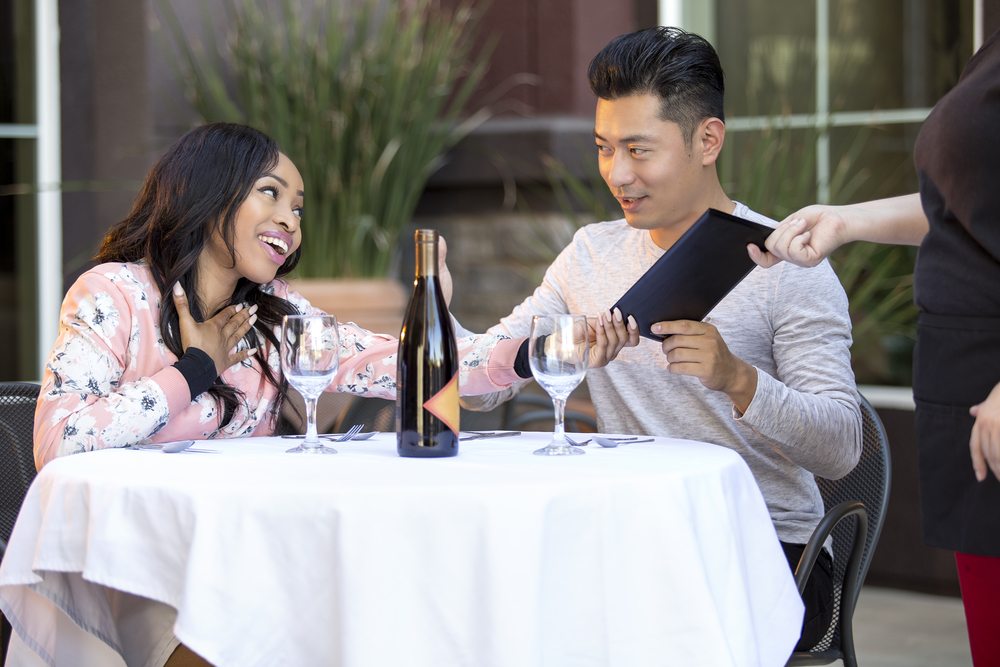 Gender roles these days are all over the board. Women are fighting for gender equality and leaving men scratching their heads about what to do next. Men are being forced to re-evaluate the traditional roles the genders have carried and accept the evolution of them.

The question of “who gets the check” on a date is a newer concept. Once upon a time, the question did not come up. Men paid for dates. It was simple logic. Men had a specific set of standards and that’s how things were. Now, with feminism and equality entering the mix, these expectations are muddled and outdated.

The answer for “Who pays?” is all based on the man in question. When you understand the aspects of what goes into a real date, then answering the question becomes easy. Follow along and you will see what I mean.

Courting might be a confusing word for many men. The concept of courting has been diluted into terms like hanging out, getting to know each other and “Netflix and chill.” However, courting is the original term from centuries ago. Men with honor and standards “courted” a woman. Getting to know a woman wasn’t handled on social media or through texting all night, it was through visits and “dates.”

Part of courting was having manners, etiquette and gentlemanly behavior. This meant that the man set up “dates” and the woman went along for the evening, able to focus on the man himself. Remember, at these times, gender roles were very specific, i.e., men were in control and took care of everything.

In the modern world, paying for the meal often means “control” for a man. However, this control he feels is based on the thought that paying for dinner means getting some dessert later. This piggish attitude is prevalent in many men. For men that have this mentality, go pay for an escort. Same result and less time wasted on small talk in a restaurant.

A man should pay for a meal because he is being chivalrous and gentlemanly. It isn’t a slight to her or a burden to him. It is a standard that he sets. This doesn’t mean pay for everything for the rest of the relationship, but during the initial dating period, it is the right thing to do. This often leads men to ask “Why?” Read on.

Unless a woman is a gold digger or not really into you, she is spending money on dating. You see, women take dating very seriously. While men go into the closet and put on a “tried-n-true” date outfit, a woman’s approach is much different.

Women factor in everything for a date.

These are just some examples of what goes through her mind. And, when she doesn’t have an absolute answer, off to the store she goes. Whether it is clothes, shoes, hair or make-up, women are spending money to look their best for YOU when on a date. That’s right, she is spending her hard-earned money on you.

This is what men take for granted on dates. They may tell her that she looks great or amazing, however, this goes by the wayside as it seems forgotten after the initial compliment. What you need to do is really look at what she has done to prepare. If you think that all of that beauty happens randomly, you are a fool. She spent time and money to present you with a lovely date. Women often spend upwards of $50 or more when going on a first date, and often on subsequent dates if he was really special.

Don’t Be Stubborn If She Goes “Modern”

Knowing that you are going to pay for a meal is one thing, but sometimes she won’t be down for that. Some women have enough feminism-gender equality programmed in that they cannot accept a man paying for everything. Don’t panic!

While this may throw a kink into your gentlemanly approach, roll with it. If a woman presses for going “Dutch,” then allow it. Don’t fight it. This is something that can be worked out if she is worth pursuing. Underneath it all, she will appreciate the effort and will probably warm to the idea as you date more.

Just avoid those women who “demand” it as an expectation, i.e., gold diggers, princesses, snobs and sexist witches. The inherent difficulties with these women will probably drive you away after the first date, so pay for the meal and chalk it up to a bad “swipe.”

The bottom line with paying for meals/dates is: be a chivalrous gentleman and pay for the date. Don’t make it an issue and do not hold it over her head. When you are looking at the potential love of your life over a romantic, candle-lit dinner, the last thing you want to do is ruin it with a triviality like splitting the check.

Should You Pay For All The Meals?