This next article is part of an ongoing series here at TSB Magazine called The Success Principles. The series is based on the 64 principles laid out by Jack Canfield in his course of the same name. If you`re new, I always suggest starting any series from the beginning.

Point blank- if you are going to be successful you are going to have to learn how to deal with rejection.  Battling fear of rejection is a subject that we’ve discussed many times hear at TSB.  In fact, if you are a member you’ve recently received TSB’s Guide to Overcoming Rejection via email. 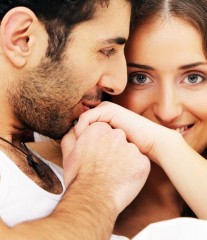 Here is a fact.  Brad Pitt got turned down for countless roles before landing his first role as an uncredited waiter in No Man’s Land.  If Brad Pitt let rejection stop him from continuing to apply for movie roles, he would not be a multi million dollar movie star banging Angelina Jolie every night.

Pretty much every famous rock band, musician, actor or actress had been rejected numerous times by agencies, production companies, and record labels who thought they were not talented enough to to make it big.Even Steven King, probably the most famous living novelist, threw his firs manuscript Carrie in the garbage because he was tired of the rejections.  Luckily his wife pulled it out of the garbage, and it was eventually printed by another publisher, and went on to sell over 4 million copies.

Rejection is a natural part of life.  But it is also a myth.  As Canfield explains, it doesn’t really exist:

It is simply a concept that you hold in your head.  Think about it. If you ask Jenny to have dinner with you and she says no, you didn’t have anyone to eat dinner with before you asked her, and you don’t have anyone to eat dinner with after you asked her. The situation didn’t get worse, it stayed the same.  It only gets worse if you go inside and tell yourself something extra like “See, Mother was right.  No one will ever like me.” In which case you’ve attached excessive meaning to the situation.

This is a piece of advice that correlates nicely with our previous lesson Ask, Ask, Ask.  Whenever you ask someone for anything, remember the following: SWSWSWSW, which stands for “some will, some won’t, so what-someone’s waiting.”  Some people are bound to say no. Others will say yes.So what!  You have to keep asking until you get a yes.  The yes is out there waiting.

In The Four Hour Work Week Tim Ferriss lays out a comfort challenge.

Being sure to maintain eye contact, ask for the phone numbers of at least two (the more you attempt the less stressful it will be) attractive members of the opposite sex on each day for two days.  Remember the real goal is not to get the phone numbers, but to get over the fear of asking, so the outcome is unimportant.Â  If you’re in a relationship, just toss the numbers if you get them.

Go to a mall if you want to get some rapid-fire practice- my preference for getting over the discomfort quickly- and aim to ask three people in a row within five minutes.

This exercise that Tim describes in his book is very similar to the Get Rejected Exercise I did with a couple attendees of our Mansformation Retreat.

The willing to ask without fear of rejection is not only important for your dating life.  It is vitally important if you want to succeed in your career, any sales job, business, or life in general.

Tim lays out another comfort challenge in The Four Hour Work Week that applies more to success in the business world. This is an exercise for making powerful business contacts.

Find Yoda. Call at least one potential superstar mentor per day for three days.Email only after attempting a phone call.  I recommend calling before 8:30 A.M. or after 6:00 P.M. to reduce run-ins with secretaries and other gatekeepers.  Have a single question in mind, one that you have researched but have been unable to answer yourself.  Shoot for “A” players -CEOs, ultra successful entrepreneurs, famous authors, etc,- and don’t aim low to make it less frightening.  Use www.contactanycelebrity.com if need be.

Remember to get what you want you are going to have to ask, ask, ask, and say next, next, next until you get the yes you are looking for.  Asking is, was, and always be a numbers game.  Don’t take it personally, because it isn’t personal.

If you’re like me, and find it very difficult to ask you might want to look into the Alladin Factor.