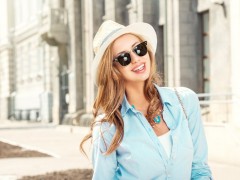 Every year there is a ritual when the calendar turns to Autumn: you carve pumpkins and put them in your yard, brewers around North America carve pumpkins and put them in your beer. A lot of men hear the words pumpkin ale and think of it in terms of other fruit beers: watered down sweet syrupy ales that are as much like beer as Zima is. But there are some pumpkin ales out there, ales made by really innovative craft brewers who want to surprise and delight you, not to mention even more who will let you down and disgust you. Without further delay, on to the beers, ranked from worst to best in order of what you should drink, and what you should leave on the shelf.

1) Blue Moon’s Harvest Moon Pumpkin Ale: I was worried I would go into this biased since I dislike the Coors owned pseudo-wheat beer Blue Moon. Then I poured the Harvest Moon, took a sip, and all my fears were abated. This beer is so bad, it’s actually worse than my prejudices could have expressed. I went in with expectations that couldn’t have been lower and I was STILL disappointed. The only satisfying part was pouring the last half of it down the drain. It does have some of the flavor that you expect from a pumpkin ale, but only when it gets warm and much like a cool glass of Busch Lite, Harvest Moon should not, and can not be drank unless ice cold. Frankly, I’d rather drink St Pauli Girl Non Alcoholic.

2) Michelob Jack’s Pumpkin Spice Ale: Again we have a beer I was wary of. Michelob tried putting out a bunch of craft beers in order to trick people into thinking that the Anheuser Busch Label wasn’t just a more expensive Budweiser. In this case, I can only imagine the dialogue that occured when this was being made, after tossing some spices into a vat of Michelob: “Wow, this tastes nothing like a pumpkin beer, but we’re out of money for R&D on this project, let’s just cover up the taste with bubbles.” This is far and away the most carbonated beer I’ve ever drank before. It reminds me of shaking up a bottle of seltzer, an unpleasant attempt at something fancy. But hell Anheuser Busch, it’s better than Bud Ice!

4) Brooklyn’s Post Road Pumpkin Ale: After three misses, I was desperate to find at least a hint of a hit. That’s when i picked up Post Road Pumpkin Ale which I was surprised to find was an off label brew from Brooklyn Brewery. Brooklyn, located in hipster-rich Williamsburg, an L train stop from Manhattan, has a pretty strong brand Identity with their Brooklyn Dodgers inspired B on the labels, so it’s an intriguing from a Marketing Perspective, and not the least bit troubling to wonder why they would disassociate themselves from the ale.

Post Road has a smell that more approximates traditional ale than something like Buffalo Bill’s, as the smell of spices is much more muted. The beer at first taste is very good, though not excellent. In fact, it’s very reminiscent of other Brooklyn Ales, so it’s clear where they got their base for it. It does have slight hints of clove and nutmeg, but what hits you the most about the Post Road Pumpkin Ale is the cinnamon. It somehow manages to avoid the sweetness factor associated with cinnamon while keeping the spicyness. I don’t really understand what that means either, I just know that is exists and that it’s pretty good.

5) Smuttynose Pumpkin Ale: Smuttynose, a mid sized craft brewer up in Portsmouth, NH, has never been 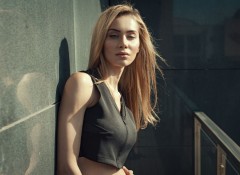 a favorite of mine. They tend to try to hard and always end up coming significantly short. The best thing you can say about most of their beers is that the art they do on their labels is really nice looking, but that`s as backhanded a compliment as you can give to a beer. Don`t believe me? Try choking down a six pack of their Old Brown Dog Ale, one of the foulest things I`ve ever tried to drink.

The Pumpkin Ale was better than anything else I`d ever had from Smuttynose, though again that`s not saying much. You can tell they tried to make it taste like pumpkin, but it actually approximates a good English Ale more than anything else. The cloves and the nutmeg aren`t as powerful as they are in most pumpkin ales, but the cinnamon sweetness really comes through very well, and isn`t as cloying as you might expect from that. This is a fairly good beer, though I was expecting a little more in terms of spices, it`s still a good bet if you can`t find 6 or 7 on my list. In the interest of full disclosure, the wonderful BeerAdvocate.com seems to really love Smuttynose and everything they do, so perhaps it`s just a personal quirk that I dislike the brewery.

6) Dogfish Head Pumpkin Ale: Dogfish Head, located in Delaware, have, for a long time, been one of the most innovative brewers in America. Founder Sam Castiglione has always been way more interested in experimenting than selling and it shows through in how diverse and occasionally wacky their product line is. From the 42 proof 120 Minute IPA to their thick and sweet Raison D`Etre and the Egyptian tomb inspired Midas Touch, Dogfish Head will provide you with something different every time you grab a new brew.

It`s hard to state my expectations for their Pumpkin Ale and have it make sense. Suffice to say I was expecting a syrupy thick, pumpkin pie sweet ale that would defy all logic and would far and away be the best beer I had. The beer was shockingly thin, and looked disturbingly like all the rest of the pumpkin ales I`d tried. The smell was a little better as the spices were more apparent, and that`s exactly what I got from the taste. Spiced with nutmeg, cloves allspice and cinnamon, the ale was fantastic. It didn`t quite have the pumpkin pie after thanksgiving dinner dessert beer appeal I was hoping for, but it was none the less an excellent stab at a pumpkin ale and something I would happily drink every October.

7: Weyerbacher’s Imperial Pumpkin Ale: Weyerbacher is a really quality name in American Craft Brewing. They’ve never been known for their seasonal offerings, but they have always had an awesome array of really experimental stuff, mostly English Ales and Belgian Brews. Their best is probably Heresy, an oak aged imperial stout that is mind blowing on multiple levels (especially the all important “high alcohol content in order to get me drunk faster” level. The Imperial Pumpkin Ale also presents itself as 8% ABV, generally as strong as you can get and still have some spice flavor, so I knew if nothing else this one would at least make me feel good. if not get me butt wasted. 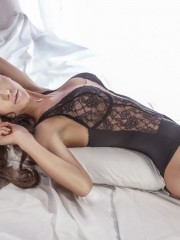 The beer is, frankly, fantastic. The smell gives you heavy doses of nutmeg and cloves, not as much cinnamon to be found as a lot of pumpkin ales, but there is something else there. You smell pumpkin, the same smell that you get as your carving a jack-o-lantern oozes out of this beer and hits you right in the face (in a good way). The taste is sheer deliciousness. The pumpkin flavor assaults your tongue as if you were washing down some fresh from the garden pumpkin seeds with a classic English Ale, the back of your tongue is hit with a sweetness that contrasts strongly with the tangier pumpkin flavor. You really taste the cloves and the nutmeg that you smell when you first pour it. This is not only the best pumpkin beer I sampled, it is also one of the best beers I’ve ever had PERIOD. Finding this ale makes slogging through 2 bad, 2 ok and 2 pretty good Pumpkin Ales worth the trip, though the fact that I’m drinking entire bottles of these and not just sips also doesn’t hurt my mindset or well being. I’ve always looked forward to the summertime for the release of the summer wheat beers and the farmhouse ales, and this has finally given me something to look forward to every fall as well. Bravo Weyerbacher.

It`s hard to know what to expect when you decide to sample 7 consecutive beers in the same style. Pumpkin beers have gotten a bad rap and been lumped into the same category occupied by sweet syrupy fruit based beers and Zima-like wine coolers and soda-like malt drinks, but Weyerbacher and Dogfish head prove that decent pumpkin beers do exist, if you can find them.

About Neil Neil lives in New Jersey and works in New York City. His entire life centers around working, playing hockey and drinking good beer. His love of good beer is not quite world renowned, though he is known among his friends as a good resource to ask if you need to know what goes well with chinese food (that would be an IPA.)