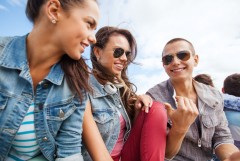 Yesterday I wrote about a huge realization I came to after reading Psycho Cybernetics by Maxwell Maltz. My realization revolved around an idea that Maltz talks about in his book.

In yesterday’s post I gave some scientific research that explains that when humans learn under high pressure situations their minds form cognitive maps that will limit their ability to alter their performance in the future.

How this relates to picking up women

I remember when I first started studying the teachings of guys like Mystery, Style, and David DeAngelo. I absolutely devoured all of their books and newsletters. At the time, I was coming out of a relationship and desperate to quickly get back into the game. At the time I was working a lot, so I really only had one or two days at most to go out and practice this stuff. 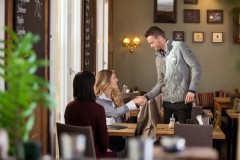 automatically found myself going into do or die mode. I had to make the sale. If I didn’t close a girl, I knew I would have to wait until the following weekend to give it another go.

Most weeks I would get to the bar- head filled with the material I wanted to use- and frozen with fear. Often I would open a few sets with the material, but as the pressure of the interaction increased, my mind would shift into my more natural way of communicating… which never got me the results I wanted.

I felt like I was in a vicious circle. As much as I wanted to use the material, the high pressure atomoshere I put myself in, always resulted in me getting lost in my own head. One off hand comment by a girl, one blown set, and next thing I knew I was back in AFC land.

A few months into studying pickup, by virtue of my natural skill at social circle game, I wound up dating a girl named Nancy. As much as I enjoyed her company, I was a bit disappointed that my quest to become a pickup artist was halted by a relationship. My head was still swirling with all of the techniques, routines, openers, and stories I wanted to use. Even though I was in a relationship I did not want to give up on learning pickup.

So I continued to study. Only now, instead of going out and practicing on random girls I was meeting in bars and clubs, I was practicing my game on Nancy and her friends. She was a few years younger than me, and was always dragging me out with her group of friends. Here, with all pressure removed, I was delivering routines, perfecting my cocky funny, and developing my storytelling ability. 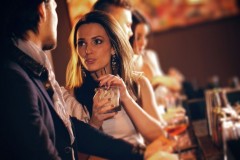 I learned how to control a set, how to neg, how play girls against each other, how create jealousy traps, and was by all accounts- acting like a pickup artist.

Without the high pressure- do or die attitude- I found that not only did I enjoy flirting with women, but I was actually really good at it.

This was a kin to the boxer who practices for the big fight by sparring with his trainer. There is no pressure in the ring, so he can work on his technique, without worrying about results.

In future articles I will talk more about how to practice in low pressure situations.

But for now think about how you can use the concept of “sparring” to get better with women.