MYTH #5 YOU'RE NOT ATTRACTIVE ENOUGH TO GET WOMEN.

In their quieter moments, many men believe that there is something fundamentally wrong with them. They 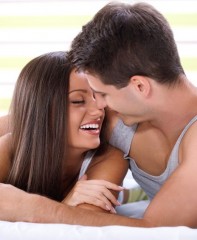 truly think some part of them is indelibly flawed and women will reject them for it. To this we say: YOU ARE WRONG! After studying this topic exhaustively, we have noticed that neither the size of a man's belly or even the size of his IQ has any bearing on his ability to get women. We've seen fat men with models, short men with sexy 21 year olds, and guys so ugly that they looked like they were beaten with a bag of quarters, cuddling with hot and sexy babes. We recently spotted an obese 45-year old guy flirting with every hot woman in a crowded bar. They stared into his eyes, fascinated and turned on by his confidence and wit. He made no apologies for his size or ugliness and several women went for it.

You can be a nerd with a pen protector and get tons of sex if you have the necessary confidence. No matter what you look like women will want you if you demonstrate confidence.

MYTH #6 GETTING WOMEN IS TOO TIME CONSUMING OR DIFFICULT.

Guys complain to us all the time that getting women is as complex as brain surgery. But it need not be. There are simple skills you can learn and actions you can take today that will have you meeting women like never before.

For instance, the easiest places to meet women are in bookstores, coffee shops, health clubs, and in restaurants. The trick is to go to these places at the same time on a regular basis and then make friends with the regulars. Another trick is to list out organizations or groups you are part of in which there are women participants and then go to at least two evening meeting per week. If you want to stay home then you must play with personals ads the Internet.

Remember, learning any new skill takes time. But once you understand how and where to
meet women, it will take less and less. After that it is all maintenance. We've had students who worked two full time jobs at once and still have time to date women.

MYTH 7 WOMEN KNOW WHAT THEY WANT, AND THEY WILL TELL YOU.

The bottom line is that women love men who are generative and creative. If they have to tell you how to get them, what to be like, and how to behave every step of the way, they aren't going to be turned on by you. They also aren't attracted to supplicants, begging for the easy keys to melt their heart. It's your independent nature that gets them going, not your dependency on being told how to act.

Besides, some of men's traits that women complain about most have in them the seeds of what women find most attractive about men. In the film The Full Monty, for example, a bunch of out-of-work male steelworkers decide that they will make money by putting on a strip show for all the local women. Th plan has trouble written all over it'none of these guys are particularly great-looking. But it speaks to a trait that women find both aggravating and attractive: Men are troublemakers. We take on silly projects, push them to their limits, and even sometimes make them work. This quality is part of the creativity that women desire so much in men. So if you count on women to tell you what they want and how to behave in order to get them, you short-circuit this wild nature that women love so much. Don't fall into that trap.

MYTH #8 DATING IS SUPPOSED TO BE FAIR 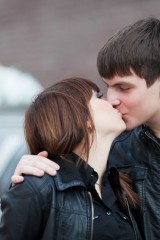 This one myth gets men in more trouble than almost any of the others. If you are a man who whines about how dating isn't fair, you must stop that right now. We hear it all the time:Why can't a woman ask me out, for once?If women really believed in equality, they'd kiss me first!I'm tired of doing all the pursuit with women. It's their turn now. Blah, blah. blah. If it makes you feel better, you are right: It is unfair that you have to do all the pursuing, and that you have to take all the emotional risks by making all the first moves.

We've even known men who've confronted women about their not pursuing men. One man made it a habit of confronting women who didn't dotheir fair share of the pursuing. He'd tell them in no uncertain terms that, if they wanted to date him, they'd have to do at least half of the initiating, the pursuit, and the emotional risk-taking. It's the age of equality, he would explain to them. You get equal rights, so now take equal responsibilities! As you can probably guess, he didn't have many second dates.

The solution? Get over it. If you don't have the sex life you want, it's your responsibility to get it. It is not women's responsibility to take care of you and to make sure you have what you want in relationships. Expecting them to do so is just immature.

Use these myths to propel your own seductive desires into full gear. These techniques have been time tested and have produced wonderful results from men worldwide. So stay aware of the myths and you'll be able to create the abundant sex life you're always wanted.