The Five Levels Of Seducers

Excerpted from the tape series The Mastery Program:Your Step-by-Step Course in Meeting, Flirting with, Dating and Seducing the Women of Your Dreams.

The Five Levels of Seducers 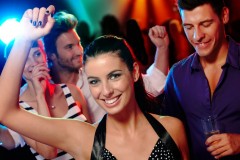 We've discovered that there are five levels of seducers. It's important to know which level you are operating from, so you can assess yourself and move forward. Many men think they are operating at a higher level than they are. Once you can be honest about where you operate from, you can begin to make changes.

This man does nothing, and lives in hope that someday he'll meet a woman who will want him. He's been so demoralized by his interaction with women that he can do nothing but wait helplessly. Most of the time this man ends up alone.

This man tries something to meet women every few weeks or months, but gets easily demoralized and gives up, only to try again a few weeks or a few months later. Given infinite time, this approach would work. Given one lifetime, it's totally relying on luck, and the odds are against you.

LEVEL 3A: THE STUDIER. 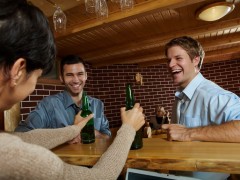 This man studies seduction, reads all the books, and perhaps argues about it on-line, or with dating coaches, but he never is actually able to get himself to take action. His need to get it right, and to have his interactions with women work perfectly the first time he tries them, leads him to continuously study to perfect his technique while never taking action or risking rejection or failure with a real-world woman. His need to study until he can do it perfectly stops this man in his tracks.

LEVEL 3B: THE QUICK FIXER.

This man is looking for a quick fix to his dating problems. He's taken in by anything that offers him irresistible attraction to women with no real work involved. He empties his wallet on pheromone-scented cologne, subliminal seduction tapes, or techniques which promise to teach him how to bamboozle women and make them into sex slaves in five minutes or less. He often lives in some past glory of the time his quick-fix approach to seduction actually worked. He keeps on the lookout for the next quick fix that will at last make him effortlessly irresistible to the women of his dreams.

The Level 3 Seducer also sees success and failure in a very black-and-white way: either he got sex, tonight, or he was a total failure. He's unable to celebrate the successes he has which move him on his way to becoming a successful seducer; he's not willing to feel good about moving a seduction forward in small steps. He's not able to feel good about his failures, or to receive the learning that he could get from seductions that don't end in sex. His need to find a quick fix leaves him unwilling to do the long-term work it takes to become a successful seducer.

LEVEL 4: THE MAN WHO WORKS THE FUNDAMENTALS. 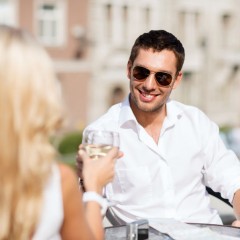 This means that the Level 4 Seducer understands that the world doesn't need to change. If
he wants his world to be different, he needs to change. He understands that, when it comes to dating, there is no quick fix, and that studying until you get itright before talking to women will always leave him in the cold, alone.

The Level 4 Seducer understands that successfully seducing women is like any other longterm project. He understands that, at first, he will have to put a lot of energy into it, and settle for small results until he gets better at it. He knows that at the beginning of learning any new skill there is a lot of work, and that the returns at first are small. He understands that returns get larger only as his skill level increases, and understands that will only happen with practice.

He's willing to do the work to get the results. His motto might be, I understand that if my world is to change, I must change. Just tell me what the work is to do, and I'll do it.

He does the work, takes responsibility for all of it, doesn't expect women to generate anything, and gets the results. 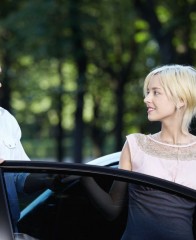 The Level 5 Seducer has integrated the fundamentals of seduction into his life so thoroughly that he no longer has to think about them: they are part of who he is as a man, and he has the relationships he wants with women, and the sex life he wants.

The Level 5 Seducer creates the life he wants on every level, either by generalizing the fundamentals of seduction to other areas of his life, or by discovering other fundamentals that he can master to give him the results he's after. The Level 5 makes his life work for him, and lives life on his own terms. The Level 5 Seducer has a life and an affect that makes women want to be around him. His life generates many opportunities to interact with women, and he's so good at seducing that women actually pursue him.

YOU CANNOT BE A LEVEL 5 SEDUCER WITHOUT MASTERING BEING A LEVEL 4 SEDUCER FIRST!

If you think you can be a Level 5 without mastering the fundamentals as a Level 4, you are actually a Level 3, looking for a quick fix.

Find out more about The Mastery Program at http://www.howtosucceedwithwomen.com

The Five Levels Of Seducers