Everyone Knows about Rehab, but What do you Know about Pre-hab?

Before You Head To Rehab… 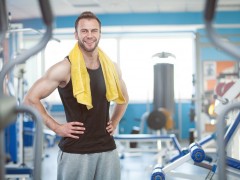 If youâ€™ve ever watched or been a fan of almost any sport, youâ€™re probably aware of what rehab is all about, and the more involved you are in athletics, the more you probably know about rehabilitation. Whatâ€™s surprising though is that even some of the most athletic individuals who are training under some very good coaches know virtually nothing about the concept of pre-hab.

If you donâ€™t know anything about rehabilitation, in laymanâ€™s terms itâ€™s the process of recovering from injury. Rehab isnâ€™t just limited to competitive athletes, anyone that suffers any kind of injury may find it necessary to go through some form of rehab in order to be able to live life as they were accustomed to prior to the injury occurring. Depending on the severity of the injury suffered rehab can last for anywhere from a few weeks up to several months to get the patient fully functional again – appropriate pre-hab is designed to ever keep the injury from occurring in the first place.

Professional athletes stand to lose thousands and thousands of dollars for every single day that they miss as a result of an injury and though the consequences may not be so severe monetarily for a regular everyday guy that hurts himself in the gym trying to get in shape, that doesnâ€™t necessarily mean that a serious injury that could have been prevented is any less devastating to the every day guy.

An unnecessary injury could have all kinds of negative effects on your life: it could cause something as simple as just missing a few workouts, to missing a few days of work in the best case scenario and a more serious injury could have you needing a very expensive surgery and perhaps months and months of rehab that could potentially put you in the poorhouse. Even if you have a pretty decent insurance plan, most insurance companies donâ€™t cover beyond a predetermined number of rehab sessions (especially if the injury wasnâ€™t incurred on the job), every session that you need thereafter to get back into proper working order youâ€™ll have to pay out of your own pocket – and that could mean several hundred dollars for each session – who can afford that?

With the proper precautionary measures (pre-hab) and the implementation of some common sense, you can avoid many of the injuries that occur in the gym that would have you paying regular visits to the physical therapist for rehab.

Letâ€™s start with the common sense, which most of us have plenty of, but few actually use on a regular basis:

Warm-up before getting into your heavy lifting – it doesnâ€™t matter if you think you have enough time or not, warming up is a necessary part of your workout if you want to avoid injury. Donâ€™t get confused on the concept of warming up though, you donâ€™t need to perform a dozen warm-up sets before you actually begin to put weight on the bar, you just need to make sure that the muscles that you are going to be working are prepared for the movement at a reasonable weight. A good warm-up could consist of a few (5-10) minutes of a full body movement, like light jump rope or some callisthenic movements (jumping jacks, etc.) followed by 1-3 light sets of the movement that you are going to perform, increasing weight with each set as you progress up to your working weight. Thatâ€™s just five or so minutes before you begin and maybe two to three minutes before each major exercise – that doesnâ€™t sound like too much to ask in an effort to avoid a potentially serious injury – does it?

Though this step isnâ€™t nearly as important as the warm-up, a cool down after your workout is complete can serve a purpose to help you avoid soreness the day after your workout – and if your workout was particularly strenuous on a given day a cool down will let your body safely transition into a state of relaxation. A cool down doesnâ€™t have to be anything major either, five to ten minutes of slow to moderate pace on a treadmill, star climber or stationary bike should be enough to suffice.

Forget about showing off – seriously. Iâ€™ve been first hand witness to this too many times, some just minor aches, pains and strains and some much, much worse and it is never worth it. Honestly the hot girl jogging on the treadmill probably couldnâ€™t care less if you pile an extra fifty pounds more onto the bar before you give yourself a hernia trying to impress her – sheâ€™s probably not even watching. Iâ€™m all for trying to hit PRâ€™s in the gym, but Iâ€™ll never pile so much weight on the bar that I have serious doubts about whether or not Iâ€™ll be able to lift it. 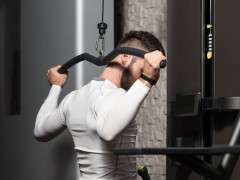 Some injuries are more common than others in the gym – with everyone and their brother wanting to be a bench press champion, and pressing in general (military, behind the neck, incline bench press, decline bench press, etc.) being among the most popular lifts – shoulder and rotator cuff injuries have become more and more common. I donâ€™t expect people to give up bench pressing or pressing in any form for that matter, as it is essential in developing a well rounded physique as well as overall body strength, but I do suggest two specific movements for those who decide that they want to participate in any kind of heavy pressing.

The first movement should be done directly prior to the heavy pressing, and is called coincidently – shoulder pre-hab. Take the lightest weight plates that your gym has (preferably 2-Â½ pound plates, but five pounders will work if thatâ€™s all that is available) one in each hand and move your arms as though you were swimming. Use slow and deliberate, but fluid movements using the full range of motion of the movement. Do about ten to fifteen â€œstrokesâ€ per arm per set and perform two – three sets before you begin pressing.

The second movement is a stretch that can be done on off days and is known as â€œshoulder dislocations.â€ It sounds like something that you probably shouldnâ€™t be trying to attempt, but the name is a bit misleading. Begin by taking a broomstick (or any lightweight pole about as long as a broomstick) in an overhand grip in front of you with your arms relaxed and hanging down at your waist, in a slow fluid motion bring your arms up and over your head and come to a finish at the small of your back (depending on the length of your arms), swing in the opposite direction until you return at the starting position. You can perform this for a few sets of ten to twenty repetitions on the days between your pressing workout to keep your shoulders loose and flexible.

Combining these two movements, and completing the compulsory warm-up and cool down are great ways to make sure that you get the most out of your workouts and spend as little time as possible in the doctors office getting treatment for workout related injuries.

Everyone Knows about Rehab, but What do you Know about Pre-hab?