The Rules vs. The Game 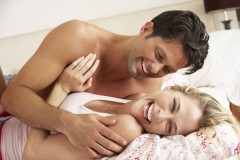 If men want to get a beautiful womanâ€¦ they either go mainstream and memorize pick-up lines or they pick up Neil Straussâ€™ The Game. As a professional dating coach, Iâ€™ve invested years of research and experience in aiding men to positively augment their lives and attract high quality women.

But what about the ladies? What options do modern, successful, independent women have if they want to bag a high-quality male? More importantly, why should you, a man studying the Venusian arts, care?

Well, hereâ€™s the best-selling book that many women are using as the Bible for bagging a man and getting the ring. The Rules, first published in 1995, is the female equivalent to The Game. As a modern, independent woman, my initial reaction to the book was a mixture of horror and laughter. Then I read the book.

I agree with it.

I have naturally practiced The Rules and didnâ€™t even realize it.

You, a student of social dynamics, should know these rules. And you should gather your resources if you want to break themâ€¦

Here are a few examples of The Rules:

About Zip woman A lifestyle coach, wingwoman, writer, pick-up-artist, trainer, moderator, theorist, researcher, etiquette expert, party plannerâ€¦Zip is as close as it gets to a modern Renaissance Woman. She is fluent in Latin, a professional actor, world traveler, and debutant. Fortunate enough to be the recipient of an incredible education, Zip has won countless awards and has been featured in several magazine articles.