Want the Best Possible Body – Save the Pool for Leisure 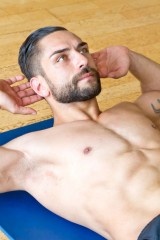 Photo by pinkcigarette
The halfway point of Summer is rapidly approaching and the weather outside is reflecting the season – in many areas of the country it’s hot and humid and it only seems natural to want to hit the pool.

You could use this trip to the pool for your daily workout, but let me warn you that it may be better to save the pool for some after workout fun rather than as your chosen activity to melt away the extra pounds.  There is no doubting the fact that swimming is a pretty decent form of exercise, but it may not be doing quite as much in terms of cardio as many people believe.

During the last Olympic Games, as swimming machine Michael Phelps was destroying world records and gathering more medals than he could hold onto, his caloric intake was made public record.  The broadcaster said something to the effect that the world class swimmer needed a zillion calories a day just to be able to maintain his body for peak performance and directly thereafter things like “Michael Phelps’ diet”, “calories burned while swimming” and “swimming for weight loss” flooded the world’s internet search engines.  It has since become somewhat of an urban legend that swimming is far and away the best way to burn fat and lose weight because of the over exposure of Michael Phelps dietary needs during his training.  The multiple stories that followed which related the real reasons that Phelps needed so many calories to maintain his weight (like twelve hour training days) didn’t do much to quell the myth that swimming was the most productive form of exercise and that it held much better fat burning capabilities than many other cardiovascular exercises.

Don’t get me wrong, I’m not here to bash swimming – it has a lot of great qualities: it’s great for rehab and recovery, it’s a great low (borderline zero) impact exercise and its fun – which makes people come back for more.  If swimming is the only form of exercise that you enjoy participating in, then by all means, dive right in – but I just wanted people to know that, despite Michael Phelps’ ridiculously high caloric needs, swimming is not necessarily the best fat burning form of exercise available. 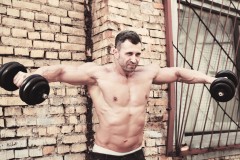 The problem with swimming, in terms of being an effective exercise for fat burning and weight loss lies in the fact that your body is getting assistance throughout the movement.  With exercises like running, skipping rope and jumping jacks you are supplying all of the effort to get you from point A to point B or through to the finish of the set – with swimming (though the initial start up may be a bit more difficult due to the resistance that you’ll face from the water) once you get going, your own body’s buoyancy helps you to travel through the movement easier which requires you to expend less calories while “working” for the same duration as you would during the other movements.  It’s almost akin to traveling a certain distance on a bike, getting up to speed and then coasting – your still traveling, but that travel requires much less effort than it did for you to get up to speed.  Less work equals fewer calories burned.

Michael Phelps’ swimming efforts require him to consume so many calories on a daily basis because of the sheer volume of training it takes to be an Olympic caliber athlete.  He trains at maximum effort for hour after hour each day – four, six, maybe even up to twelve hours of intense training – most average people couldn’t possible even consume the number of calories that Phelps did during his training, let alone do it without blowing up to a weight that would have them shopping at the tent store for their wardrobe.  Virtually all athletes that train at that type of intensity for that duration require a ridiculous amount of calories in order to maintain their weight, not just swimmers.  The amount of time that you have to devote to transforming your body could be much better spent by partaking in some interval cardio training rather than doing laps in a pool.

Photo by pasotraspasoRecent research has revealed that you will get much more “bang for your buck” and get out of the gym a whole lot faster by doing cardio intervals on just about any cardio machine that your gym has on the floor instead of focusing on what has become known as “traditional cardio.”  Hit the spinner, the treadmill, the stair-climber or the elliptical for an intense set of intervals, then once you’ve torched away a bunch of unnecessary body fat you can hit the pool for some leisurely laps.

A good way to attack your cardio session, that will yield incredible results in a short period of time is to get a good 10 or so minute warm-up in, then perform intervals as follows:  One minute at very high intensity, followed by 90 seconds – two minutes at a moderate pace to recover for the next all-out burst.  Repeat this cycle anywhere from four to ten times depending on your current level of fitness to really start to effectively melt away excess body fat and reveal the muscle that you’ve been working so had to build.

Swimming can certainly have a place in helping to build a better body, it’s done a world of good for quite a few people and remains one of the most popular forms of exercise for a reason – but if you don’t want to spend hour after hour pruning up in the pool you can opt for one of the more effective methods of torching unsightly fat from your body and reserve the pool for having fun.

Want the Best Possible Body – Save the Pool for Leisure