Don’t be the Office Hero, Take a Vacation for God Sakes 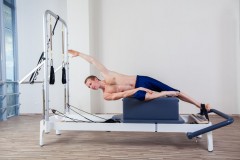 Far too many people are allotted a certain amount of paid vacation time each year and never end up taking all of it – some people don’t take any of it at all.  There are a number of excuses that people use to not break away from their everyday routine: everything from a lack of money to their importance at there place of work.

You don’t have to stay at the Taj Mahal or the Ritz Carrolton to have a decent vacation; you can have a great getaway without spending too much.  You can go camping and pay virtually nothing for a week long bout of R & R that will have you totally refreshed when you get back into your daily rut.  Keep in mind that your employer was probably there long before you were hired and that they will most likely be there long after you are gone – a secure business most certainly won’t crumble if one of its employees (even one of the better ones) takes off for a few days.

We put stress on our bodies and on our minds every single day – long hours at work, lots of training in the gym, late nights with friends leading to not enough sleep and the trials involved in trying to hold together a relationship all take a toll on us.  Without at least a few days to do things that we want and to blow off some much needed steam we could literally start to go crazy.  Excess amounts of stress can lead to a boatload of health problems like depression, ulcers, trouble sleeping, eating problems and troubles in the bedroom.

One of the best ways to combat and remedy stress is to get the hell away from what’s causing it for a bit.  You’ll be away from your boss, the ignorant customers, traffic jams, the neighbor upstairs who seems to have an affinity for running the vacuum at all hours of the night and everything else that gets under your skin on a day to day basis.

The key to having a great vacation that will melt away all of the stress that you’ve been building up since the last time you got away is to plan for things that you want to do, but without a rigid structure in place.  You live your entire life on a schedule; allow that to dissipate a bit while you’re on vacation. 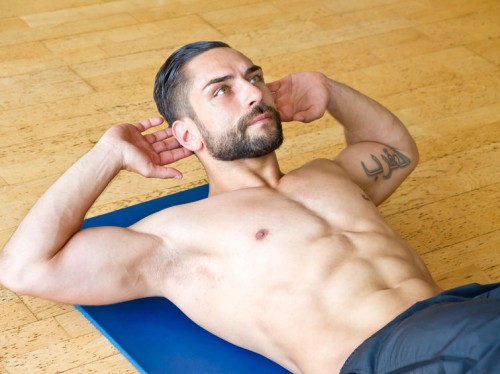 You can still make time for physical activity, but you don’t necessarily have to follow your “regular” gym schedule either.  Instead of looking for the closest gym that has the machines you like: you could go running on the beach, hit the playground for an impromptu strength session, and play some tennis or basketball.  If you’ve been hitting the gym hard, using near maximum weights, it certainly wouldn’t hurt you to back off and just play while you’re on vacation.

The health benefits of taking some time off from work to have fun have been researched quite a bit, some of the reported findings (like the subjects feeling more relaxed and less stressed) seem pretty obvious but others are downright shocking.  One study performed by a major University in New York revealed that taking vacations can actually help you to live longer – the study found that men who take their allotted vacations each year actually decreased their chance of death by up to twenty percent and that the highest rate of heart disease was found among men who hadn’t taken a vacation in five or more years.

There’s no denying the fact that being successful and making progress in any area of your life requires dedication and hard work, but with too much stress and too much pressure and no form of release you’ll eventually end up doing more harm than good.  In order to continually be successful in work, in the gym and in life in general you need to be able to give your mind and your body the occasional break.  Recovery is integral in any aspect of life – if you don’t make the time to allow your mind and body to recoup from all of the stress that you put them under you’ll not only stop making progress, at some point you’ll begin to break down.

People shouldn’t have to be convinced to take time off – vacations give you the opportunity to throw off the shackles of your everyday troubles, to kick back and do something different.  I know that I work hard pretty much all year long and you can bet I look forward to that week away from it all every year.

Trust that all the bullsh*t will be right where you left it when you get back, all of the ridiculousness at the office, all of the drama with your friends and all of the issues with your ramshackle apartment aren’t going anywhere.  Get the hell away from it for a few days and have some fun, odds are that when you get back you’ll feel a whole lot more capable of stomaching it all because you’ve done away with a bunch of the pent up stress that’s been building since your last getaway.

Don’t be the Office Hero, Take a Vacation for God Sakes