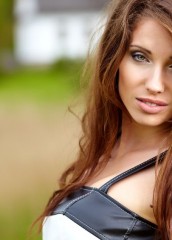 If we only let the best voters vote for the Hall of Fame, instead of the all of the riff raff that makes up the Baseball Writers Association of America, the Hall of Fame has to get better. Have you seen the numbers of articles some these guys write? It?s not even average for a small town weekly newspaper. And there?s no way their editing makes up for it. (But, we don?t really have good statistics to judge editors yet anyway. Hopefully soon, and the editors will finally be given the recognition they deserve. Because my editor is the bee?s knees.)

So, without further ado, here is the initial class of the Baseball Hall of Fame Voters Hall of Fame.

Why he?s in: Many articles in several different periodicals; written about the magic of the Snuggie; vocal supporter of the Negro Leagues Hall of Fame in Kansas City, MO; only writer in the free world that still writes about the Kansas City Royals.

Why he almost didn?t make it: He?s bald.

Look, I?m not trying to bad-mouth the guy, but if there is one thing I know about newspapermen, from Cary Grant in ?His Girl Friday? to Robert Redford in ?All the President?s Men? is that they are all handsome and they all have a full head of hair. I know a Hall of Fame Voter when I see one, and Joe does not look like one. But, lucky for him, the strides made in perception enhancing drugs like Rogaine and Propecia have made telling the really bald from the fake bald impossible, so he has to get in.

Why?s he?s in: He?s written about baseball for ESPN?s website since 1996; finally stopped writing about the Kansas City Royals; rumors say he likes baseball a lot

Why he almost didn?t make it: Currently not actually a Hall of Fame voter; most all of his prolific writing occurred ?online? in a ?blog? which we all know won?t last.

As much as I don?t like voting for a person who does most of his work ?online?, Rob is the man who finally dispelled the notion of the blogger as a man who lives in his mother?s basement. This happened when ?Architectural Digest? did a profile of Rob and his wife and their lovely attic in his mother?s house.

Why he?s in: Only non-cartoon turtle in the world that can speak English; need to have someone who knows the Boston Red Sox in the Hall of Fame, since they never get enough coverage; he seems old and in need of some face time

Why he almost didn?t make it: I had a girlfriend with the last name of Gammons.

Ok Sondra Gammons, love of my life, apple of my eye, rat of my sewer, you broke my heart. I still remember the day I went out to get ice cream and I came back and our trailer was gone. I was just left with a scooter, a broken heart and broken dreams of moving to a slightly better trailer park. Why? Why? Was it my gas? I promise to stop eating fried foods. Please come back.