How To Make The Best Picture Nominees Better

No matter what the Academy says, I know what the best picture of the year is: I saw it in October and immediately, bing, it won my heart and juicy brain. It was “Zombieland” and even though this year the motion picture companies released some great movies that had amazing stories and intelligent dialogue (and many more that did not), I couldn’t help but think to myself, isn’t there one thing that would make these movies better? 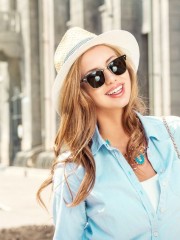 Sure, “Up” was a fantastic story of a couple that grows old together until Ellie dies and Carl goes off to complete their childhood dreams of wander. (Oh yeah, spoiler alert.) Rave reviews make it sound like it was almost a perfect film. But, listen to me here … zombies. That’s right, zombies. Doesn’t that make you feel better?

Just think how much Carl’s spirits would have improved if Ellie was a zombie and his travels were to find a cure for creeping zombieism. It would have involved much less crying from the audience (stupid emotions) and given Carl much more motivation than a silly scrapbook. If there’s anything that movies teach us, it’s that any book is dumb, and if they weren’t, would they be so easy to change and make millions of dollars off of them?

One of the iconic scenes in “Up in the Air” is when George Clooney shows Anna Kendrick how to travel light. Why would you need to travel light? (Stay with me here.) What if all of the people that you are firing are zombies? Zach Galifinakis as a bearded, fired zombie? That said, there’s still a chance – a slight one – for the sequel to include zombies. “Up in the Air 2: Crash to Zombie Earth.” Then, we could get speeches from Ryan Bingham like this:

“How much does your life weigh? Imagine for a second that you’re carrying a backpack. So, fill it with all the tools to escape the zombie apocalypse. Shotguns. Knives. The killing knick-knacks. Food. Water. Your backpack should be getting pretty heavy now. But, remember, the slower we move the faster we die.”

While “Avatar” may not have had much of a story or much in the way of intelligent dialogue (movies win again, stupid books), there is one easy fix to this problem: 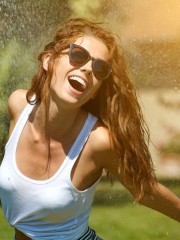 If the Na’vi were a race of undead blue people on the verge of discovering space flight so that they could travel the cosmos and sample all the juicy brains therein, the need to kill them becomes easier to swallow. Think “undeadium” instead of “unobtainium.” Also, has no one on this movie played Halo? It only takes one Master Chief to save the day. Spears and flying lizards against an ARMY of space marines? I’ll take the over in Na’vi dead. Now, if you had undead Na’vi to go with spears and flying lizards, well, then you have, what we call in the gambling world, a coin flip. And a much more interesting movie.

“The Hurt Locker” was about a team of soldiers defusing bombs that needs to incorporate a new member after their last leader, Sergeant Thompson, died. What if he didn’t die but became a zombie trainer? Then you get the secondary story of a student and an undead mentor, allowing us to get to know the characters even more:

And since this movie needs a little comedy, every time a bomb goes off, Sergeant Thompson’s arm falls off. All-time classic.

It’s tough to see how to put zombies into “The Blind Side” … unless the title refers to the quarterback’s missing right eye because he’s a zombie. Then the protection of his offensive line becomes even more important! Plus, think of the second family that adopted a zombie quarterback with a million dollar arm. Now that’s a story of caring.

As magical as that Best Picture field would be, we have to settle for what we have. Of course, the one thing close to zombies in quality is killing Nazis. So, at least the Oscars have that going for them.

How To Make The Best Picture Nominees Better