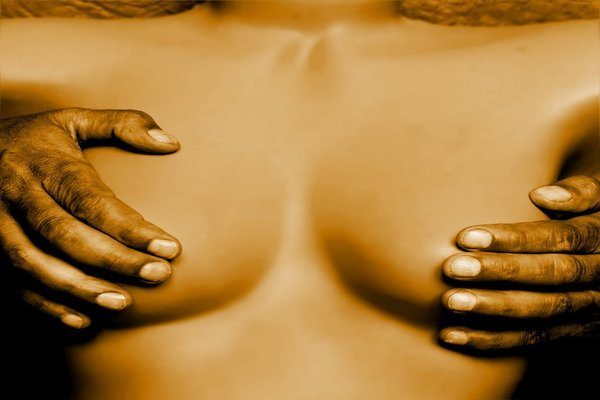 The name Sigmund Freud is associated with ideas that seem, to many people, absurd if not outright perverse. He has always been—from his day to our own—a divisive figure, but few people get him right. He was neither a cultural radical who desired to upend the conventions of civilization nor a mad scientist intent on destroying middle class life. He was a trained physician and research biologist who sought nothing more than to give people the tools to enjoy a healthy sexual life.

Every man should at some point read the works of Sigmund Freud. Not all of them, for he was so prolific that anyone attempting to do so would spend years trying to complete the task. It is best to dip into his shorter works. They are models of clarity, eloquence, and pointedness. More importantly, they are likely to give you answers to questions that may have preoccupied you since puberty— since the first time the touch of a pretty girl gave you goose bumps, the sight of a short skirt gave you butterflies, and the lips and tongue of your first lover roused your loins.

Freud’s most enduring impact has been on literature. However, he still has much to teach ordinary men about sex. Before drawing a few practical lessons from the vast and complex range of this great man’s thought, I need to briefly describe the social conditions of his time and place.

Freud was a member of upper middle class Viennese society at the turn of the 20th century. He was part of a group in which sexual relations between men and women were regulated according to very strict rules. The roles and conduct, the thoughts and opinions of most everyone in this class were influenced by a highly developed sense of the moral ideas of the day. Frank and honest conversation about sex was forbidden in polite society and was little discussed even away from it.

Freud was one of the few writers and researchers of the period who broke this taboo. The psychoanalytic technique he developed aimed to cure certain nervous disorders by getting his patients to accept and understand the hidden—unconscious—origins of their illnesses. The technique was grounded partly in his own work on human sexuality. His Three Essays on the Theory of Human Sexuality, which continues to be a best-seller, is one of the richest products of this particular line of study.

If you read no other book by Freud, I highly recommend reading this one. Here are three of my favorite topics dealt with in the book.

To gawk excessively at a beautiful woman is no doubt rude. But it is perfectly natural to take notice of a girl who has done herself up and is wearing clothes that accentuate the choicest features of her figure. Freud says that although the kinds of clothes worn by women change over time, the covering of their bodies serves to arouse sexual inquisitiveness. Libidinous excitement is awakened in us men by an impulse to sexually possess the woman in our sight by first uncovering the parts she’s hidden away from us. In other words, the notion of undressing a woman with your eyes is more than a metaphor. You actually strive to do this, automatically, as a first step toward sexual consummation.

What does all this mean? It means that you should take time to admire from afar a woman you like. The more time you spend looking at her and imagining her naked the more gratifying your experience is likely to be when you finally have sex with her.

All of those little fixations and peculiarities you may happen to have fall into the realm of fetish. If you lose all reason at the sight of large breasts or a round and fleshy ass, or if you are only into blondes or red heads or girls from an ethnic group different from yours, you have a fetish.

A fetish is the result of some impression you received in childhood—which you probably don’t remember—that had a very strong effect on your developing sexuality (Freud argued that sexuality is latent in childhood but nevertheless present). The word fetish tends to be associated with perversion. According to Freud, however, even the persons whom he calls “normals” show some degree of fetishism. It is a form of feeling and behavior that surfaces in every living being.

Whatever your thing is, embrace it. Don’t be unnerved if you are a black man who likes only white women or a white man who dates only black women, or if you are man who goes for long legs or blue eyes or thin lips. Do what you need to do, for resisting your fetish will only lead to sexual frustration and dissatisfaction.

Freud was not much impressed by what the society of his time deemed sexual perversions. His own studies of human sexuality led him to conclude that all normal sexual activity contained elements of perversion in it. He regarded it as difficult to draw a fixed line between the normal and the abnormal in sexual life.

This is an idea that all men should be heartened by. There is no need to regard any of your desires and fantasies as odd, because when it comes down to it sexual oddity is only a matter of an individual’s non-preference for a particular act. You are bound to find a girl who will be into the things you are into, and who may indeed be more excited by the prospect of fulfilling the fantasy than you are.

Reading Freud can teach you much about the nature and conditions of sex and sexuality and help you embrace the particulars of your sexual desires.