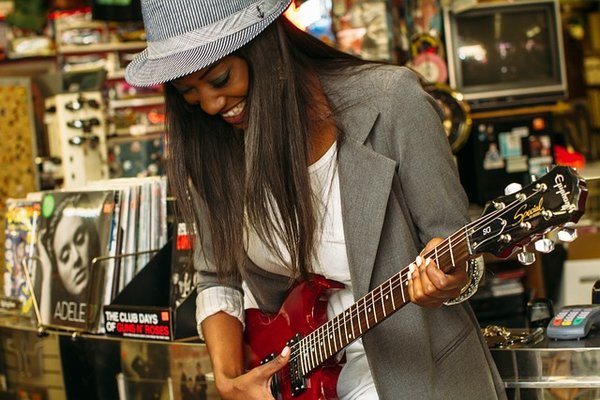 No one wakes up on a given morning and decides to become a hipster. Taking on the attitudes, dress, and outlook of this sub-culture is not a conscious choice. Becoming a hipster is something into which one slowly descend.

To be sure, there is much that is appealing about this rather loose and open cult. Hipsters seem to be unique individuals, and they strike a defiant tone toward modern convention. A closer look at these assumptions reveals the flawed thinking behind them. First, we’re all unique: no two persons are exactly alike in their tastes and beliefs. Second, the hipster lifestyle itself is a modern convention—one that began in the 60s, ended in the 70s, and was reborn in the 90s.

Indeed, if you were born after 1985 you are especially vulnerable to falling into modern—or I should say post-modern—hipsterism. To avoid it you must be willing to check yourself regularly and to watch out for the following tell-tale signs.

Irony is an utterance that has a double meaning, one of which a particular group of people will immediately grasp and find humorous. Beyond this literal meaning is the figurative meaning which the hipster exemplifies—that is, an ironic attitude. The hipster approaches the whole of life as if it were a joke. He has no real mastery of the issues he says he cares about; and he lives by and thrives on simplistic philosophies, vague sanctimony, and preachy do-gooder notions meant to make all forms of thinking other than his seem backward and futile.

If you respond to every attempt at serious conversation with snark and mockery, then check yourself: you could be turning into a hipster.

This one is simple. If you wear a beanie regardless of weather, then you have taken a dangerous step towards hipsterism.

Bikes are great for exercise. It is also useful to have one for weekend excursions to the mountains or some other wilderness. However, beware of making a bike your soul means of transportation. If you want to reduce your carbon footprint, there are many ways to do it: make your home more energy efficient, rely more on public transportation, get in the queue for a hybrid car. Taking the extreme step of using only a bicycle to get from place to place makes you—well you’ve gotten the point by now.

If you were born after 1980, there is simply no excuse for you to have a record collection—unless of course you inherited it. No, vinyl does not sound better than CDs or MP3 downloads played on high quality speakers. As someone who was born in the early 70s, I know that for a fact.

Your hipster friend will try to convince you to buy music at a shop that still sells records and record players (probably run by his own hipster friends). Humor him by keeping him company as he makes his purchases. But there is no reason for you to start a collection. There is nothing cool or edgy about it. If you turn back to vinyl, all you’ll do is put yourself out of the market for new music.

They make life easier. Don’t deprive yourself of one as a way of making some inane protest against commercialism.

Even if your politics are left-of-center, you should avoid the hipster’s sense of moral superiority. It’s perfectly fine to care about the environment, inequality, police brutality, etc. But you need not subscribe to the hipster’s fact free, pie-in-the-sky, can’t-we-all-just-get-along sentimentalism.

It should also be noted that if you find yourself doubting the moon landings or the identity of the perpetrators of the 9/11 attacks you are well on your way to becoming a 21st century hippie. Stop. Think. And save yourself while there’s still time.