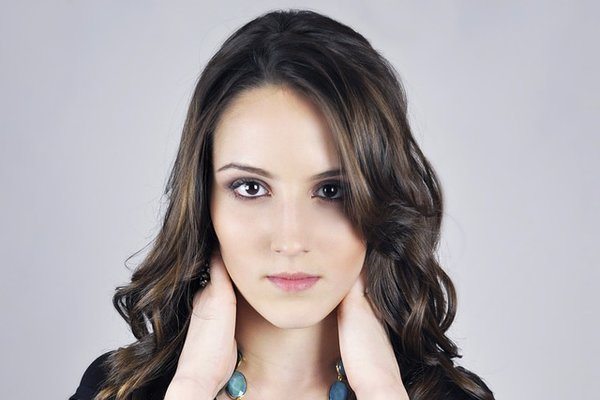 Resting Bitch Face, or RBF, is a phrase that has become a staple of pop culture new-speak. The fact that it has the authority of science behind it has made the phenomenon even more of a curiosity.

You have no doubt seen women who wear this expression. It is a tricky one to read. For it is elusive, mysterious, and on the right woman can even be a little sexy. Actresses such as Kristen Stewart and Victoria Beckham are two of the more prominent RBFers. January Jones is the woman who perhaps exemplified it best in her role as the wife of ad executive Don Draper in the hit television series Mad Men.

Occasionally, your girl may assume this facial pose. She might put it on after you’ve had a fight or at the moment she sees you after a long absence or when the two of you are out with friends. You should never assume anything about what she’s thinking when she slips into RBF. It could be that she is angry, irritated, bored, or a combination of all three. A simpler explanation, however, is that your girl just refuses to mask the true state of her feeling. It’s not that she’s filled with choler; it’s just that she’s not filled with mirth—at that particular moment.

Indeed, the trouble with the idea of RBF is that it assumes all women have a naturally perky countenance. This is simply not so.

Your girl’s RBF may indicate that she is not in a sprightly mood and will not pretend otherwise. She may be perfectly happy to see you, she may have easily gotten over the argument the two of you had, and she may have no trouble having a night out with your and friends. Her rather hard and mean-looking expression may only be the result of pre-occupation with thoughts unrelated to you.

Anxiety is another cause of RBF. It may be the case that your girl is pre-disposed to it. If you have only been dating a short time, it is unlikely that she would have told you about this condition. However, if you notice a regular recurrence of RBF it may be a sign that her nerves are easily set on edge. Interacting with people, uncertainty about her job, uncertainty and worries about the relationship between the two of you—these are some of the things that can cause the flare up within her of a quiet and intense nervousness—a nervousness that shows itself outwardly as Resting Bitch Face.

A third cause of RBF is no cause at all; it is more of a reason. Your girl may intentionally scowl to throw people off. As I mentioned before, a Resting Bitch Face can be hard to read; it can also be at once intimidating and devastatingly attractive. Some women have the self-awareness to know the effect that their RBF has on men. If your girl has an exceptionally pretty face and an intense, penetrating, even challenging stare when she puts on her RBF (like Anna Kendrick), the effect can be a simultaneous rousing of your loins and a tightening fear in your stomach. Such a feeling will inevitably leave you lost—unable to think clearly or act decisively.

The best response to RBF is to wait it out. Rare is the woman who holds it indefinitely. The worst thing you can do is ask your girl why she is angry or out of sorts. This will only annoy her. And it will make you one of a dozen people that day who have asked her that same inane question. The bottom line is that you must let your girl have her moments of Resting Bitch Face. You should avoid putting any pressure on her to perk up and smile. Allow her to be as natural or as naughty as she wants to be.