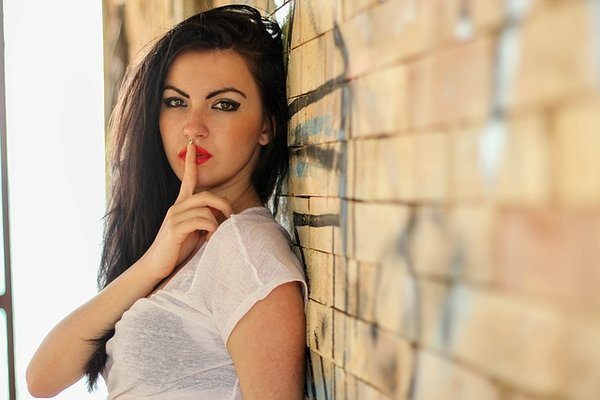 The signs are clear: she wants you back—your ex that is. After the breakup there was total silence. You heard not a single thing about her or from her. Then, suddenly, she sends you a text message to see how you are doing. She “likes” your Facebook posts. She even starts showing up at the bars, clubs, cafes, and other public places that you frequent.

It is quite obvious that she is testing the waters—trying to assess the temperature of your feeling towards her. There may be a number of reasons why she wants you back. Whether the breakup was mutually agreed and amicably executed or was the result of a betrayal that caused her to storm out on you or you to walk out on her, the prospect of the two of you getting back together is not that much of an oddity. Most couples go through a break-up of some sort during the course of their relationship. So that even if the split was filled with a great deal of Sturm und Drang it probably was not as final as it seemed at the time.

Playing it cool when you notice her overtures toward you is the best immediate response. You must show her that you are happy with or without her. It is important to remember, however, that she knows you. And she will use her familiarity with your instincts, interests, and sensitivities to get what she wants. As she plays this game of testing you, baiting you, and feeling you out, you may find it increasingly difficult to keep your composure. It may be the case that you have not gotten over her, and that you welcome the chance to get back together.

Being in such a heightened state of emotion makes you vulnerable and may push you into committing errors that will drive her away. Here are 4 mistakes to avoid:

1. Writing a long letter or email in which you pour out your heart

I admit. I have done this. I felt wronged by a girl who had strung me along for a few months, then completely ignored me, and then, out of the blue, started flirting with me again—but would make no real commitment. I sent her a long email in which I imputed every nasty and deceitful motive I could think of to her. The result was that she once again stopped talking to me, saved the email, and sent it around to her friends. It was still the early days of that technology, before the idea of viral messages took hold, so I never thought that she would do such a thing. In any case, I was snickered at by her friends (this all happened while I was in college, and I went to a school with a pretty small student body) for a while and felt awkward in places where I thought I might see her. The most upsetting thing was that the girl got even hotter over the next few years. And I could not help thinking that at one time I had a chance with her, and I blew it by acting too precipitously.

The bottom line is that baring your soul will make you look pathetic and probably a little weird. If you want her back, you must approach her from a position of strength. If she flirts with you, flirt back. Ease your way into re-establishing what you had. If there are issues that you have to deal with on your end, act to fix them. Promising in a letter that you intend to change is not enough. You have to show her that you are doing so.

This will not only put her off; it may actually get you blocked. Don’t try to make up for lost time all at once. And don’t assume you have the right to monopolize her time just because she gives you encouraging signs that she wants to get back together. It can be especially difficult to avoid this mistake if the two of you have sex. One night with her does not make her your girlfriend again. Give her the space she needs to decide what she wants.

Indeed, you should dispense with the illusion that you can text message or Facebook your way back into her heart. Texts, posts, and emails can give you the false impression that she is thinking about you constantly, when she in fact may only be amusing herself. The only time you should text is to set up a time to speak to her or meet her.

3. Reading too much into her texts and posts

All women love attention. If she wants you back, she will send you messages designed to assess how much you miss her and desire her. Do not assume that teasing or provocative messages express genuine affection. You should also not assume that because she is emailing and texting you she is once again single. She may be dating other men. You’re not back together until you’re back together. A series of highly flirtatious messages does not make that so.

4. Getting her friends involved

There will be a strong temptation for you to get her friends involved. You must resist it. Even if you have a good relationship with one of them, you should still avoid asking if your ex wants you back. Word that you made such a move will eventually get back to her. She will find that sneaky and underhanded.