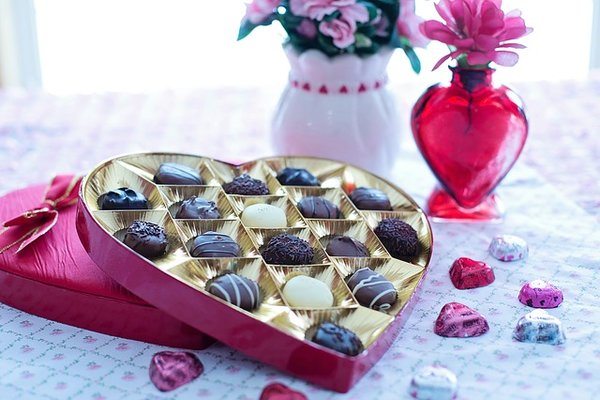 On Valentine’s Day in Japan a girl gives her boyfriend or a current crush a nice piece of chocolate to show her affection. Exactly one month later, on what is called White Day, the guy returns the favor. I thought this arrangement smart and sensible when I lived in the country, and it reminded me of the sweet and simple Valentine’s Day rituals of my youth: before the day became complicated by the absurd expectations of adulthood.

The outrageous effort of the commercial powers that be to turn Valentine’s Day into a money-making operation comparable almost to Christmas causes most men nothing but misery. Every year you are expected to book reservations at the best restaurant, send chocolates, flowers, and other gifts, purchase the perfect card, and spend the entire day indulging in the most trivial and ridiculous sentimentalism—all in the name of showing her that you care.

In my life I’ve only met two women who hate Valentines’s Day as much as I do—one of whom is my current partner. These enlightened beings see quite clearly the meaninglessness and absurdity of the so-called holiday.

You may be in a different position. Your girl may be as caught up in the manufactured excitement of the day as most other girls are. And you may find it easier to go along with the hype rather than deal with the backlash of dismissing it as utter nonsense.

You can, however, make Valentine’s Day less miserable. The first step is to lower expectations. The best way to do that is to show a genuine interest in the day itself. Tell her of your desire to celebrate it in a way that is unique to the two of you. Rather than fighting for dinner reservations at an overpriced restaurant that is likely to be crowded—and thus not so intimate—make plans to cook a nice meal at home. Get on the web and find a few recipes that you think she will like. Then go to your nearest winery and buy a good bottle of wine.

For a gift, buy her chocolate. I have yet to meet a woman who doesn’t like it. You are likely to find well-packaged boxes of chocolate at your local grocer.

Do not venture into the realm of lingerie buying. Using Valentine’s Day as a pretext to buy her sexy underwear is a mistake. It automatically raises expectations for gift giving the following year.

One of the advantages of spending the evening at home is that it relieves you of the burden of talking about feelings and emotions, which you would probably have to do at some point if you went out to eat. You have a couch, a flat screen, and a DVD player. This makes the solution for the evening’s entertainment simple: buy a couple of chick flicks to watch over dinner and afterwards. Get an old and a new one to show her you’ve put some thought into your purchase. A black-and-white romance film will really impress her.

As a bonus, while the two of you are watching movies, treat her to a foot massage or some other self-less act of attentiveness. It will cost you nothing in time, money, or effort and she will really like the gesture.

The stay-at-home Valentine’s Day is the best way to avoid the traps and tribulations of the holiday’s more conventional celebrations. You make the day about her, but you do so on your own terms.