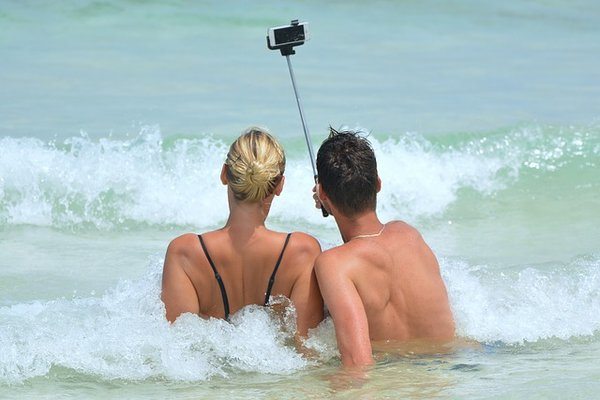 The topic of narcissism has been in the news quite a bit lately. The over-the-top showmanship and theatrics of a particular presidential candidate have made it so. However, Mr. Trump’s daily display of narcissism is not exceptional, not even in politics; only the character of it is.

A moment’s reflection shows that anyone who wants to become president must possess a tremendous amount of self-love. You cannot possibly want the weight of so much responsibility unless you believe yourself superior to every other person in the country. Indeed, the difficulties that a modern president must face make the duties of the office seem almost impossible to execute.

Dealing daily with issues of war and peace, deciding which critical agency gets what funding, struggling with a divided and factitious Congress to get legislation passed, warring constantly against the fifty percent of the American people who did not vote for you—these are just some of the things that a president has to deal with. The person who would want such a job must believe that fate demands it of him—that his talents are such that his fellow citizens cannot do without him. That, although few politicians would admit it, is the kind of ego that one must have to seek the presidency.

The narcissism that is inherent in the field of presidential politics is only a small part of a larger social reality. Narcissism is on the rise. Far from being a world in which low self-esteem is a problem, we live in a world in which large numbers of individuals view themselves with the highest esteem.

Extreme selfishness, lack of empathy, and an over-developed sense of their talents and importance are just a few of the traits of full-blown narcissists. They are individuals who make everyone around them miserable and turn what could be a collegial and pleasant office environment into a workplace of hell.

The fact is that a large and growing majority of people nowadays show some narcissistic traits. Some experts have even suggested that we have over the past thirty years been living through a narcissism epidemic. Although the cases of pure narcissistic personality disorder are few, there are plenty of people who show more moderate forms of it. You have no doubt met them. You may be one such person yourself. If the latter is true, then you know the good that can come of being a bit of a narcissist.

Narcissists get places. If you are a narcissist, then your belief in yourself, no matter how ill-founded, will eventually start to convince others that you are as good as you say you are. You will be more prone to dismiss your critics as “haters”. You will have little compunction about using people unfairly. And you will let nothing—neither love, affection, friendship, nor family—stand in the way of getting what you want.

Recognizing that you are a narcissist, whether moderate or extreme, is half the work in controlling your selfish and egomaniacal impulses. The latter can do you credit and push you to outperform the other narcissists in your office. However, you may be able to do it in a way that precludes harming others. You can become a sociable narcissist, which will allow you to both use your natural instincts to advance while preserving the relationships that are most important to you.

The first thing to acknowledge is that you love attention. You overshare on social media because you cannot help it. You are a great guy with a great life, and you want everyone to know it. But if you must post picture and comments every day, several times a day, at least make them interesting to see and read. Satisfy your need for attention, but don’t tire everyone while doing it. Be witty, sharp, and richly ironical when you post comments. Don’t post the same dull, dark, and unintelligible photos of yourself. Post images that are clear and pleasant to look at. And vary them a little. The same old photos with you and your friends or you and your girl become deathly boring after a while

As a narcissist, you cannot help thinking you’re the best at your job. Use this impulse to inspire others’ confidence in you. Become a leader in your office. You may need to engage in low-end politics to get the promotion you think you deserve. However, you don’t have to make everyone feel like shit. Nor must you act out in a way that will alienate colleagues who may be able to help you in the future.

It would require a separate article to adequately discuss the effects of narcissism on relationships. For now, it need only be noted that you will probably say and do things that will make your significant other think you a jackass. Recognize when you’ve screwed up and take measures to mend the injury. You will keep doing thoughtless, selfish things that you know upset her, and you will keep having to apologize for it. But that’s how it goes. She lives with a narcissist, and she has to accept what comes from that.