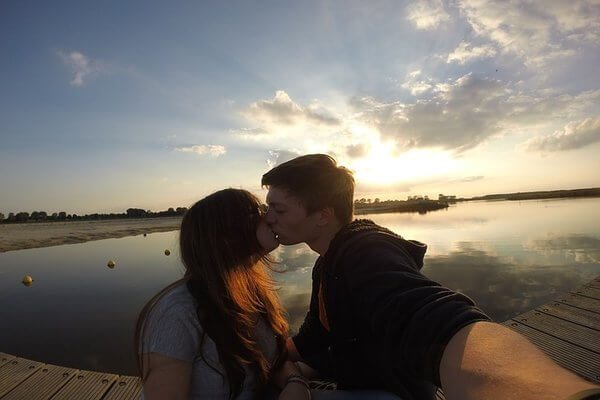 Although it is barely spring, it is not too early to start thinking about your summer vacation. The decision as to when and where you will go is especially pressing if you are dating someone new. Spending time with each other away from the familiarity of the city in which you live and your respective homes will advance your relationship to an entirely new phase. And you should not propose vacationing with your girl until you’ve had time to consider the risks and rewards of such a move.

Whether you’ve been going out for a few weeks or a few months, going away with a new girlfriend is not a decision you should make on a whim. To be sure, your strong attraction to her may make holidaying together seem natural. And in some cases, you may feel so confident that things will turn out well that you can do nothing other than what your gut tells you to. In most instances, however, it is a good idea to reflect on where the relationship is and where you want it to go. That is, you must think through the risks and rewards of spending a week in Paris or Barbados or Phuket with someone you hardly know.

The biggest risk of taking such a vacation is that it may signal a commitment that you aren’t ready to make. Even if your girl is calm and even-tempered when she says yes to your asking her to go away, you should not assume that it’s not a big deal to her. Of course you cannot know this for certain until later; but if you are ready to plan and organize a vacation with the woman you’re dating, you should be sure you want some kind of long-term relationship. Taking a long, expensive summer vacation with her suggests your desire for monogamy and all its trappings. Don’t do it unless that is what you’re really after.

One of the most commonly discussed risks of vacationing together is discovering that the two of you don’t have too much in common and don’t have that much to talk about. I suspect that in many cases when this has happens the awkwardness of spending so much time together so soon is the main blockage to chemistry. You should be aware of this risk before organizing a trip with your girl. Indeed, it is a good idea to discuss it with her, so that it’s out in the open and in the forefront of both your minds before you board the plane.

You might also choose the wrong place for a first vacation. This risk is closely related to the previous one. If you like to vacation at a beach and your girl likes exotic cities, then going with one or the other may not bring out the best in the person who was denied their preference. Again, this is an issue you should discuss ahead of time. If possible, try to choose a place that has elements of what you both like. But be aware that even if you settle on a place acceptable to you both, its environment and conditions may create tensions between you.

So much for the risks: now for the rewards. The best thing about vacationing with your girl is companionship. Although traveling as a single man has its attractions, there is nothing like going off to some distant locale with a beautiful woman on your arm. You will not have to walk into foreign night clubs with the hungry, hang-dog look of a man desperate to hook-up. Nor will you need to throw yourself at every woman in sight on the off chance that one of them will agree to sleep with you. Instead, you will be the object of attention and admiration when you walk into restaurants, bars, and clubs with a hot, revealingly-dressed woman next to you.

If you believe that the girl you’ve been dating might be “the one” or something close to it, then vacationing together will give you a glimpse of what it could be like to live with her. Organizing expenses, accommodation, and travel, working up daily schedules, and solving the inevitable problems that pop up during such times will give you an opportunity to observe how the two of you work together. You will also get some insight into her habits and daily routines. Vacationing together is a brief exercise in cohabitation.

A final reward is learning more about each other’s interests. Being away from work gives you time to indulge them. Though you may have shared some of these with her on dates, living with her for a week will allow her even greater access to your private world, and you to hers. What you learn about her may strengthen your attraction and spur a willingness to commit.