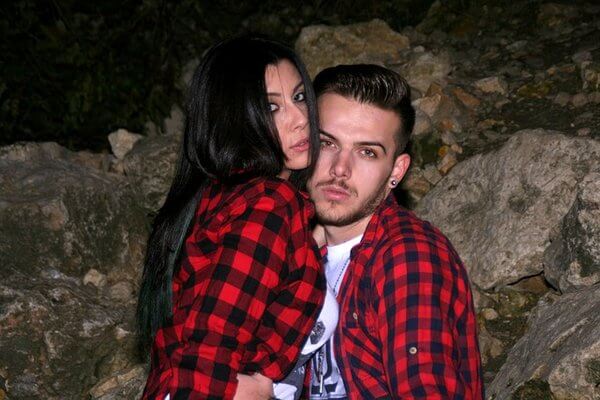 One of the great paradoxes of relationships is that women think men will change while men think women will stay the same. You may harbor the latter belief yourself. It is an unfortunate consequence of entering into a settled relationship. You get comfortable, you feel secure, and you believe that things will go on as they have been.

The great danger of settling in this way is that you become blind to changes that may be occurring right before your eyes. Most women will not come straight out and tell you the yearnings of their heart and the changes they would like to see in the relationship. They will instead make comments meant to direct your attention to what they want. They expect you to pick up on the signals and probe further. And that really is the trick: your girl doesn’t want to compel you to take an interest in her life; she wants you to take the initiative to do so.

Indeed, she will only nag about trivial matters. She is unlikely to press you on her emotional, physical, or material needs. If you do not pick up on the various hints she gives you, you may eventually find your relationship in crisis—and you will have no idea how it came to be so.

How well do you know her? That is the question you must ask yourself from time to time. You may like who you are and what you do; and you may have fought a heroic effort to keep her from changing you. It does not follow that she has remained the same—that she is the same sweet, loving, undemanding girl you met all those years ago.

If the two of you met when you were both tweens and you have been together for a long time, she has by now become a full-fledged woman, with all the attendant emotional complexities. It has been an especially difficult time for those couples who started dating around the time of the 2008 crash.

You may have had plans to save money, buy a house, and start a family. But the hard economic realities of the past eight years have made it difficult to turn that vision into a reality. She is likely to feel the passing of time more keenly than you. It is not only the infamous biological clock that preoccupies her, but the need to feel safe, secure, and successful—in a word, grown up.

If the two of you are still living the care-free life of students, she may be willing to smile and go along with it. But you should look out for signs that she has outgrown the sorts of things you’ve been getting up to over the years. She may want a relationship that is more mature—with a way of getting along that is more emotionally substantive, thoughtful, and sincere. You can’t take it for granted that she will forever be the fun-loving, playful girl of her early twenties.

Closely related to this last point, you should watch out for signs that she’s unhappy about money. Money problems are the bane of many relationships. Just because she’s been willing to stick by you as you strive to establish yourself doesn’t mean she has not been in a constant state of fear and concern the entire time.

You may not be in a position to significantly change your financial situation. However, you should not assume that your girl will endure the required sacrifices indefinitely. If she at any point suggests doubt about you and the relationship, then you should press her to tell all that she is thinking. It is better for you to know sooner rather than later that she intends to leave you.

Finally, it is important for you to know if she is unhappy about your sex life. Although some women are upfront about what they like, most are rather coy about it. There is, however, no reason to think that she’s not up for experimenting in bed. It can be hard to keep the fires burning. But maturing as a couple must include sexual growth of some kind. If you get an indication that she’s not happy with your performance or her own, talk to her, do your best to bring her out on the subject. It is better to act now to revitalize the sex. Waiting will only lead to infidelity or a slow and painful drifting away from each other.