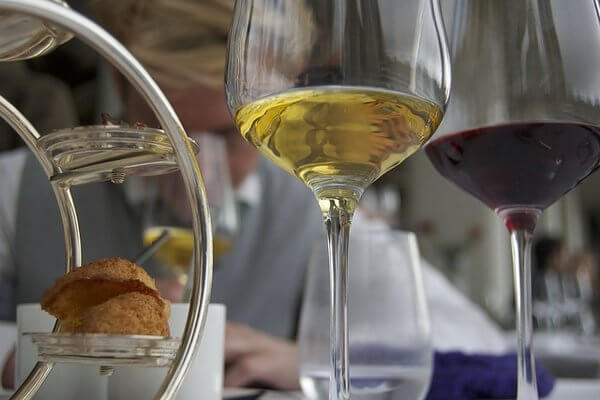 There is no accounting for tastes—so goes the old cliché. You may nevertheless find your tastes challenged by snobs and others who think themselves superior to you in selecting food, drink, books, and films. Your chances of encountering such persons are high if you hang out with students or graduates of literature and fine arts.

You should neither be intimidated nor aggravated by such people. As someone who has spent a great deal of time studying and practicing the liberal and fine arts, I can assure you that most of the people who put on airs of cultivation are not as superior as they would have you believe.

You should defend your tastes; and you should do it by exercising your intelligence rather than your temper.

I do not like beer. I have never liked it. When I try it, I gag. But I do not look down my nose at beer drinkers. I accept that my peculiar attitude towards beer puts me in the minority. My preferred beverage is wine. However, I am so constituted that I can only drink good wine. My entire body rises in revolt against bad wine. One sip of a poorly made vintage and my head gets sore, my stomach turns, and my body falls limp from lethargy.

I met up with a group of friends some time ago and among them was a man who was as much of a wine enthusiast as I am—or so he claimed. He had a rather nasty view of beer drinkers, so I decided to see whether he could actually meet the high standards he set for wine.

We were drinking in a bar. I allowed him to order for us both. He ordered, as I recall, a French Cabernet Sauvignon. Now I have always been wary of the French wines stocked by bars. For I am convinced that there is an entire section of the country’s wine export industry that is dedicated to hustling bar owners in America and Britain who don’t know good wine from bad.

On this occasion, I was right. The wine ordered by my self-styled connoisseur was atrocious. I couldn’t go further than a sip. He, however, drank on all night—getting drunk after a few glasses, which is a tell-tale sign that he was drinking bad wine.

The moral of this story is that this wine drinker did not have better tastes than those who drink beer. He was merely a man who thought himself better than others. If you are a beer drinker and you meet such a person, be sure to tell him about the properties and effects that you like best about your drink of choice. I assure you, he will have little to say about wine. One of the best ways of catching him out is to ask him which wines he prefers. He should be able to give you brand or vineyard, grape, and year. More importantly, take note of his expression after the first sip. A true wine appreciator will have some response. The person who knows nothing about wine will show complete indifference.

Another area worthy of defense is your taste in books. If you spend a lot of time around literary people, you will feel there are certain books you’re supposed to like. One of the most prominent is Ulysses. James Joyce’s momentous novel is held in high esteem by literary elites. It has an army of propagandists behind it, which makes it one of those books that nearly every English major will at some point come across. The first time I read it I didn’t care for it. The second time I read it I downright hated it. It is, in my view, boring, insipid, incoherent, and in some place outright nonsensical. Indeed, I am suspicious of much of the praise heaped on this book. I doubt that most of those who go around calling it the best book ever written actually understand it or have even read it all the way through. Like Kim Kardashian, Ulysses is famous for being famous.

Again, you may encounter people who will praise this book to the heavens in an effort to puff themselves up and make you feel like a dolt for never having read it. Trust me, you’re not missing anything. And in any case, you don’t have to like Ulysses, nor any other book; nor must you like any of the commonly celebrated authors such as Shakespeare, Dickens, Hemingway, and Proust to have good literary tastes.

You might prefer mystery or detective novels. At the heart of such books is a good tale, and it is fun to read good tales—to be intrigued, thrilled, and entertained. Or perhaps historical fiction is more to your liking, the defense of which is straightforward: it is history in dramatized form—an art that has been around since Xenophon.

The point of all this is that no one has a monopoly on tastes. You should never let snobs make you feel that yours are inferior to theirs. Defend what you like by thinking about the particular joys and pleasures it brings you.