How to Handle “Crappy Behavior” From Girls… (without ruining things) 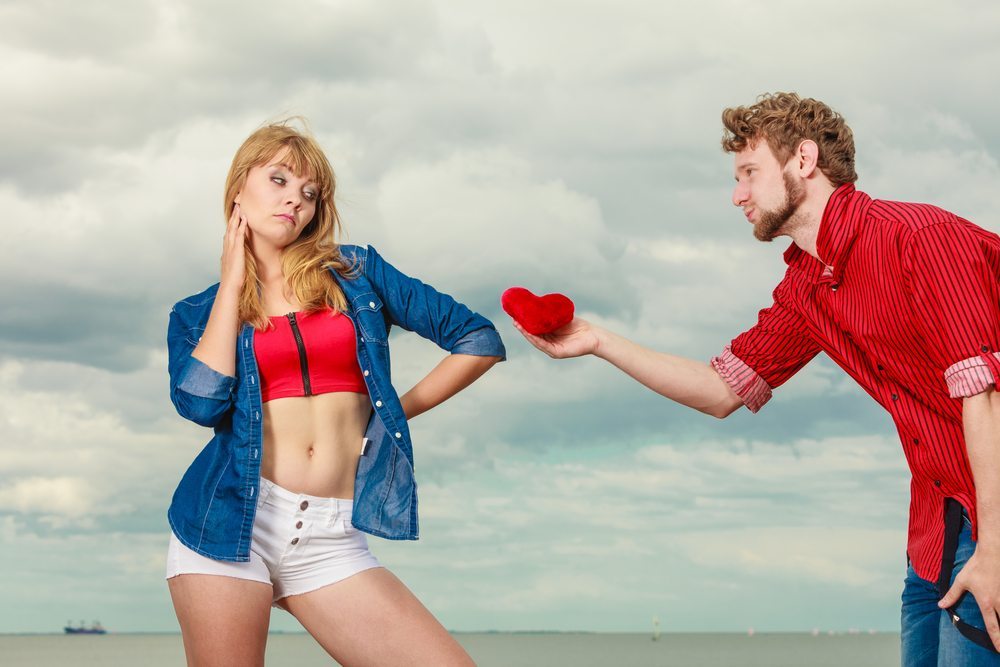 How to Keep Your Self Respect Around Women

What do these three situations have in common?

1. You lend a girl money, she tells you she’s going to pay you back in a week, but now a month has gone by, and neither of you have brought it up even though you really need the money.

2. A girl cancels plans for the second time in a row, you tell yourself you’re going to wait till she takes the initiative to invite you to hang out, but then you give in and send a text asking her out again.

3. You’re on a date with a girl, she’s on her phone texting one of her friends the entire time, inside you’re pissed and annoyed, but you plaster a smile on your face and act like everything is fine.

So what do they have in common?

In all three situations the man is displaying a lack of personal boundaries.

In essence, he’s willing to take shit, and swallow it with a smile on his face because he’s afraid that if he stands up for himself, he’ll lose the girl.

Lack of personal boundaries is one of the core issues that men face in their dating life.

So what are “personal boundaries”?

Personal boundaries are when you essentially draw a line in the sand and say to yourself, this is behavior I won’t tolerate no matter how attracted or interested I am in a girl.

And I’m WILLING TO WALK AWAY.

Because here’s the thing…

Every time you accept shitty behavior or “give in” you’re chipping away at your self respect, and the respect you get from others.

Are you afraid to bring something up or confront a girl because you’re afraid the conflict will scare her away?

If so, you lack personal boundaries.

And the minute someone notices this, they’ll unconsciously realize they have power over you.

Let me clear about something, displaying personal boundaries isn’t about using a “tactic” to attract a girl.

Its about self respect.

And the ironic thing is that when a woman encounters a man who has strong boundaries, she knows that he values and respects himself, and she makes the assumption that he’s a man of strong character.

So what’s the first step?

The first step is being honest about what you’re not willing to accept.

Saying yes to things I don’t want to do

Not calling someone out who mistreats you or disrespects you

Allowing someone to take advantage of your generosity

Giving constantly without getting an equal amount in return

Define them, and them communicate then.

You could say something like this to a girl who has canceled plans on you, or seems to be stringing you along never making time to hang out with you.

“I find flakey girls frustrating to deal with. So tell you what, balls in your court. If you want to hang out, you got my number.”

And then unless she contacts you with a firm date and time to hang out, you don’t reach out to her again.

But they will respect it.

How to Handle “Crappy Behavior” From Girls… (without ruining things)