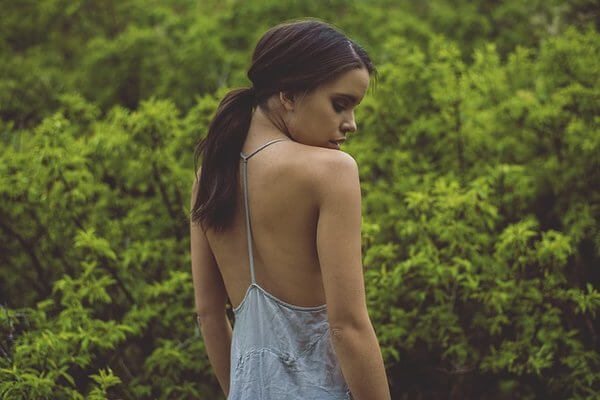 Do you ever feel like you’re putting in WAY more effort than the woman you’re interested in?

You know that feeling….

She can always get ahold of you

You can NEVER get ahold of her, except when she wants you to help her move or give her a ride to the airport.

In everything else from school, to sports, to business, you’ve been taught that if you just work hard and put in the effort everything will work out.

So what do you do? you try even HARDER to show the girl you’re a good nice guy who will treat her right, and it still doesn’t work out.

And this is where we encounter one of those life lessons your Dad, or cool Uncle never taught you, attracting women is not like getting a job or making the High School Football team or any of those other logical pursuits, it’s an EMOTIONAL process.

That means that you’re not being judged on your effort, or how hard you try or how much you want her, or even whether you’re a good fit for he, you’re being judged by one thing and one thing only.

THE WAY YOU MAKE HER FEEL!

That’s all that matters.

It doesn’t matter if you’re her “type”

It doesn’t matter if you’re poor

It doesn’t even matter if you have man-boobs like me or are balding or anything else.

If you can create a strong and lasting emotional reaction in the woman, both while you’re there, and when she thinks about you when you’re not around she will become obsessed with you.

So how can you do that?

One way is to use one of the most ancient martial arts secrets from Aikido and that is to use your opponent’s energy against them. Or in this case use a woman’s thoughts and actions against her to make her obsessed with you.

I call this the “pushback” and it’s one of the best way to get a woman to start chasing you, right away!

You can even start using this tonight after reading this email!

It’s so simple, all you’re going to do is give her an unflattering image to push back against.

And then every time she pushes back you’ll use that energy to tease her and get her even more emotionally charged up.

This basically allows you to play puppet master, getting her emotionally charged up whenever you want!

I first learned about the pushback years ago, when I was out with some friends and in the group was this girl I had met a few times at parties and brunches who was smoking hot. She was one of those thin model types who loved attention and got hit on everywhere we went.

While we were out at the bar, I started to tease her about being shy, which she so obviously wasn’t, I wasn’t even really hitting on her but I noticed an immediate change in our interaction.

This gave her something to push back against and instantly created an emotional charge to our flirting. Later I started telling her she was obviously prude after she told a story about how she made out with another of our female friends on a bet.

This went on all night.

We were all wrapping up for the night and getting cabs when she basically ordered me into a cab back to her place. She told me the next day that she was so obsessed with showing me she wasn’t shy or prude, she was willing to sleep with me to do it.

People often think that the opposite of love is hate but it’s not.

The opposite of love is apathy or simply not caring.

When a woman doesn’t care about you, it’s actually worse than her hating your guts. At the very least if she hates you she’s at least emotionally invested. Without an emotional investment from the woman, you have no chance!

Being able to engage a woman’s emotions will make her obsess over you and it will “flip the script” leaving you the one in control!

In fact, shifting the power is a major component of the most powerful method I’ve ever found to get women attracted to you.

Today I’ve shared just one of the dozens of techniques out there for getting an emotional response from a woman, it’s taken me years to get to this point but I’ve actually discovered a an odd but extremely effective “Mind Game” you can use that will make a girl completely obsessed with you.

It’s called the Scrambler, and I’ll teach it to you right in this Video. You’ve already learned about one of its building blocks “The Power Shift” but there’s still 4 more building blocks to discover including how to:

– Make a girl think about you constantly (even become obsessed)

– Have her eagerly anticipate seeing you

– Have her fantasizing about sleeping with you

Don’t wait any longer to start flipping the switch and taking back the power using the pushback!