What To Say About Brexit 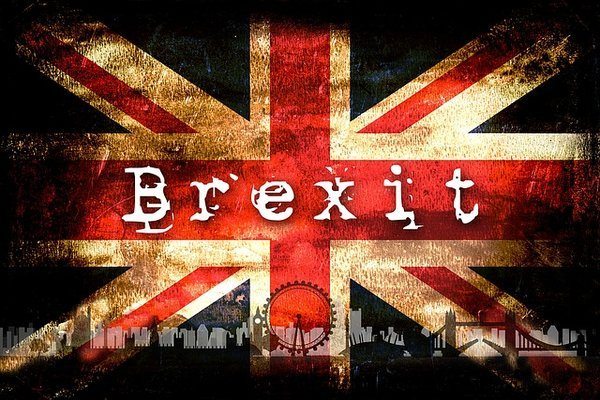 Last Thursday, one of the most momentous polls in recent history took place. The British people were asked in a referendum whether they want to leave the European Union or remain a member of it. In the early hours of Friday morning, we got their decision. To the shock of just about every pollster, pundit, financier, and journalist the country voted to leave. The consequences were swift and damn near cataclysmic. Financial markets fell, the pound crashed, the country’s prime minister resigned, and talk of recession, decline, and economic doom has gone on unceasingly since.

Current events and international affairs, as subjects of conversation, rarely make it into job interviews. Most events that occur overseas do not impact the short or long term operations of most American companies. This one is different. Britain is the second largest economy in Europe and the fourth biggest economy in the world. Its exit from the extraordinarily rich and powerful trading bloc known as the European Union is a shock whose reverberations will be felt by firms large and small in Europe, Asia, and America for years to come.

If you are in the process of interviewing for a new job, someone in the managerial chain of command is likely to ask you what you think of this event. Your chance of getting the job will be much improved if you are able to say something intelligent and well-informed about the matter. Below is a list of talking points to help you hold your own if the subject is broached.

First, it is important to note that Britain is still a member of the European Union and will probably be so for at least the next two years. Article 50 of the EU Treaty is the formal mechanism by which a member state leaves the body. Once Britain triggers the article, it will have two years to negotiate new political and economic arrangements with the EU. If matters have not been settled within that time, negotiations may continue with the consent of the remaining states. If consent is not given, then Britain’s relations with the EU become like that of any other country and will be governed according to WTO rules.

This would be disastrous for the country, as it would scare off investors that view Britain as a gateway to Europe. Companies already in Britain would also be hit and may seek to re-locate to nearby EU capitals such as Dublin and Paris.

You should note secondly that the Brexit vote has thrown the domestic politics of Britain into upheaval. The current intra-party fights in the two main parties, Conservative and Labour, will be settled soon enough. But the fact that England and Wales voted overwhelming for Leave while Scotland and Northern Ireland voted just as convincingly for Remain has put the issue of Scottish independence and Irish reunification back at the center of British politics. The former is of more immediate concern than the latter.

Not more than two years ago, a long and vigorous debate over the issue of Scottish independence was held. In the referendum that followed the No camp won; but the energies on the pro-independence side have not in the least subsided. Many Scots voted against independence for fear of losing their EU citizenship. Now that Britain as a whole has voted to leave the EU that position is no longer relevant. Support for Scottish independence has increased by ten points since last Friday. Scottish independence now seems inevitable. The consequences of a break-up the U.K itself will do even further harm to its economy.

The third and final point worth mentioning is that few of the professional prognosticators saw this coming. The pollsters, betting markets, hell, even the pro-Brexit politicians themselves did not anticipate a Leave victory. That has left the powers that be ill-prepared and without a plan for moving forward. The financial and business communities sense this, which is why a great many companies with ties to Britain are beginning to eye the country warily.

If you are given a hypothetical about investing in Britain, you should tell your interlocutor that you are against it—for now. The uncertainty is real, the risks are high, and the challenges are extraordinary. Things will start to become clearer when the new prime minister takes office this fall. Until then, the best move is to make no move at all.

What To Say About Brexit