How To Define Your Political Identity 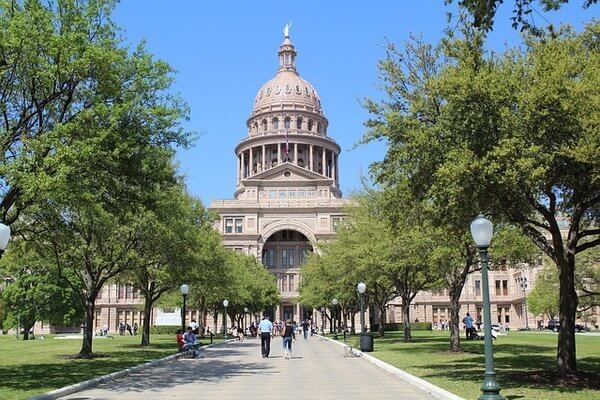 The tumult of the 2016 presidential campaign has left a great many people searching—desperate to find policies and a candidate they can get behind. Rarely has there been so much hatred of both presidential nominees from people within and without their respective parties. This is a good thing, I think, because it has encouraged more people to define their political identity. Given the extreme differences between Hillary Clinton and Donald Trump, it is impossible for any sane and sober-minded person to invoke the rather tiresome canard that “all politicians are the same”. Still, if you are someone who does not believe in political tribalism, you will go on refusing to align yourself with either party or ideological camp.

I have argued before in this magazine that no one is completely apolitical. When pressed, every one of us will begin to show his political inclinations. Here, I will develop this thesis in more detail.

It is no accident that throughout history two general groupings emerge in every society in which there is even a modicum of free thought and expression. Thomas Babington Macaulay brilliantly discerns these two groupings when he described the rise of Whiggery and Toryism (liberalism and conservatism) in his famous History of England. The members of the one favor improvement and experimentation, embrace change, and believe in the power of new knowledge to make society and humankind as a whole better; the members of the other see value in preserving the traditions and principles of the old order, believing this to be the only way of maintaining all that is good in civilization.

Liberalism and conservatism are rooted in the impulses of humanity itself. Ideas, principles, and policies follow from instincts, not the other way around. You will lean—we all lean—one way or the other based on an intuitive response to the world around you. To be sure, the views of your family, the events of your childhood, and other formative experiences will influence how you see things. But ultimately your political identity comes from within.

It doesn’t follow that you must associate yourself with either the Democratic, Republican, or Libertarian party; nor must you force yourself to identify as a liberal or conservative. The two latter are mere conventions, discursive shorthand for the inclinations I’ve discussed above. Indeed, what they mean as fixed ideologies has changed tremendously over the years.

Two of our Founding Fathers, Thomas Jefferson and Alexander Hamilton, were arch political rivals. They were both, for the time, liberal in outlook; and while agreeing on some of its fundamentals, they diverged significantly on what a liberal society ought to look like.

They were both for representative government, freedom of the press, opinion, and religion; they even agreed on the evil of slavery and the need to abolish it. However, Hamilton believed that the future of the country lay in the cities—in the expansion of manufacturing and finance. Jefferson, on the other hand, clung to the idyllic image of the gentleman-farmer. He wanted a nation led by an enlightened agricultural class. Hamilton was for a strong, centralized government. He believed the country should be governed by organized interest groups, and he had a life-long distrust of direct democracy. Jefferson was suspicious of centralized government; he was against aristocracy and concentrated inherited power of every kind, including big plantation owners like himself. He also believed that a well-informed citizenry could make good choices when it came to elections and other political matters.

What I mean to prove by the rather long-winded exegesis above is that there are many ways of expounding and expressing your political identity, regardless of the fact that you will, inevitably, lean one way or the other—towards liberalism or conservatism.

You should begin with your values. You need no deep education in politics and philosophy to understand goodness. What you consider fair and just does not come by way of books, newspapers, or cable TV shows; it is the result of how you instinctively respond when you hear about various events that occur in the world. Filling out your political identity is only a matter of carrying those initial thoughts a little further on in reflection. The incoherent particulars of your feeling will develop into a more unified system of thinking. You will begin to understand more fully what you believe and the kinds of political ideas that can best move the country toward that ideal. Through this process you will, eventually, come to fix and define yourself politically.

How To Define Your Political Identity