The Voice Of Reason—How To Stand Up For Science 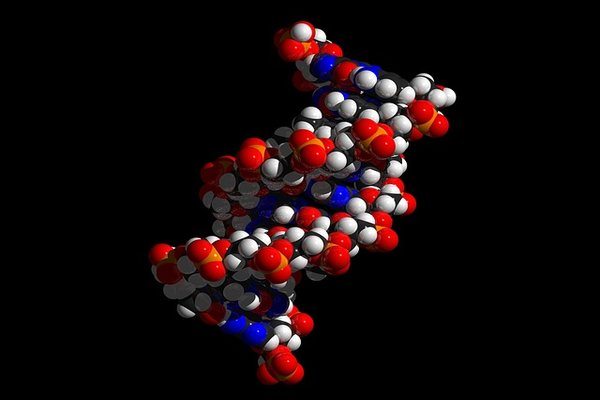 Last week I wrote an article in which I laid out a rhetorical strategy for dealing with friends and family members who believe in the so-called paranormal. I would like now to expand on one of the main themes I brought up in that column: namely, the importance of standing up for science and scientific thinking.

With yet another national election before us, the ongoing culture war will manifest in many of the social gatherings you are likely to attend and will intensify into pitched battles over the same old subjects that Americans have been fighting over for years. But debates over topics such as genetically modified crops, climate change, and evolution tend to be tribal. Arguments are rarely informed by actual facts, and are predicated instead on the ideology the person who gives them has pledged himself to.

As I have stated many times, I am a firm believer in political identity. It is right that you choose a side and fight your corner. But it doesn’t follow that you must be conscripted into the ranks of the ignorant and go around making claims that have been repeatedly demonstrated to be false.

The current rage for denying the findings of science is of a piece with ignoring or holding contempt for experts in general. It is believed that challenging expert opinion is a sign of manly independence. But doing so without an alternative theory that explains and accounts for the known factual relations of the world is about the most unmanly action you can take. There is nothing healthy, vital, and virtuous about refusing to face facts and retreating into a bubble of stupidity and irrationality. You will nevertheless encounter people who exhibit just this sort of attitude. When you do, you should step forward and be the voice of reason.

Even if you are someone who prefers not to get entangled in discussions about politics, there may be occasions when the people you’re with get on to the subject and stick to it. At such times, it is better to be prepared with a solid response rather than dodging your interlocutors by saying you don’t wish to discuss the matter.

To the commonly made claims that GM foods are unhealthy and dangerous, climate change is a hoax, and evolution is pseudo-science I offer below a summary of rebuttals.

The revolt against genetically-modified foods has been led mostly by the left. If you are ever in the company of Greens or Bernie Sanders supporters, you are likely to hear it criticized. Why certain factions of the left continue to make GM foods a subject of contention is beyond me. I think their real beef (no pun intended) is with agri-business. I think they see the latter as engaged in yet another corporate conspiracy against the health and well-being of the public. Their fears are not wholly unjustified, given what we have come to know about the tobacco and fizzy drink industries. But GM foods have been intensively studied, and there is absolutely no evidence that they cause harm in humans.

GM food farming is a perfectly rational way to feed a growing population on an increasingly hot planet. The studies that have been conducted on it, the majority of which are independent of Big Ag, show no evidence that GM farming leads to super bugs or that they in any way upend the ecosystem.

The attack on climate science comes mostly from the right. I have always found it bizarre the number of people willing to defend polluters; for the financing and inspiration for climate change denial originated with petroleum and gas and electric companies. It has now taken on a life of its own as an ideological force, as many of the big oil companies that once denied the science now accept it.

One of the more curious lines of criticism of climate change is the observation of record-breaking cold and the increased intensity and frequency of snow storms. First of all, it is important to note that climate and weather are two separate things. Second, the above observations actually prove the central thesis of global warming. If the Earth is warming, you would expect an increase of moisture in the atmosphere; and one of the consequences of such an addition is an intensification of storms and other weather phenomenon: summers become hotter, winters become colder; hurricanes and blizzards become more frequent and powerful.

The science of evolution is another favorite target of the right. Anti-evolutionists like to trash the scholarship and reputation of Charles Darwin—as though he discovered evolution. But this is perhaps the plainest sign of their ignorance. Charles Darwin’s great work, The Origin of Species, was in many ways a summary of the science of his day. To attack Darwin is to attack Charles Lyell, Alfred Russell Wallace, Erasmus Darwin, Jean-Baptise Lamarck, and many other scientists of his day.

For an easily digestible summary of why evolution is true please visit this blog. The evidence for the truth of evolution is too great and complex to go into here. I will only say that the main proof we have for it lies in the phenomenon of biodiversity and the findings of modern genetics. The fact that the DNA of living beings is so closely linked and interconnected goes a long way towards validating the hypotheses of modern evolutionary biology.

The Voice Of Reason—How To Stand Up For Science