How To Deal With Truth-Baiting 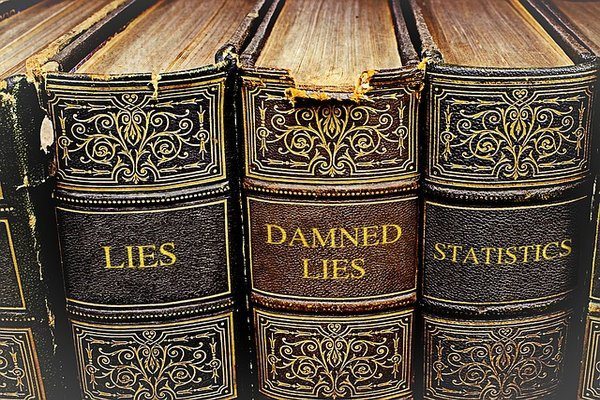 A new phenomenon is sweeping the Western world: truth-baiting. It is a consequence of what some are calling our post-truth culture, which is often characterized as the persistent and systematic proliferation of lies by figures of power and authority. Truth-baiting, as a discernable behavior, goes a little something like this: make a preposterous claim that you know can’t be true, get called out for it, whine that the person who does so isn’t respecting your opinion and is being an elitist.

One particular example of truth-baiting comes to mind. I use it because it is most likely familiar to you. It involves Donald Trump’s wife’s blatant plagiarism of Michelle Obama. The incident’s wide circulation in the news brought about the rather predicable scorn and criticism. But a rather large number of people, including a good friend of mine, a man I know to be well-educated and intelligent, made the bizarre suggestion that maybe Melania Trump shared the same feelings as the First Lady and just happened to articulate them in the same way.

Now there is a world of difference between expressing similar sentiments as someone else and making a speech which contains whole passages taken from someone else. Most experts put the odds that Mrs. Trump didn’t plagiarize at 1 in a trillion. But you don’t need to run the numbers to realize the truth of thing: Melania Trump’s 2016 speech to the RNC included whole sections from Michelle Obama’s 2008 speech to the DNC. That someone would insist otherwise seems like utter madness.

But to get to the bottom of what’s driving truth-baiters you must assume they’re perfectly sane people. In fact, truth-baiting is not a product of the superabundance of lying in our society; it is rather the result of the ubiquity of bullshit in our society. The difference between the liar and bullshitter is summed up brilliantly by the philosopher Harry G. Frankfurt in his little book On Bullshit:

“The bullshitter may not deceive us, or even intend to do so, either about the facts or about what he takes the facts to be. What he does necessarily attempt to deceive us about is his enterprise. His only indispensably distinctive characteristic is that in a certain way he misrepresents what he is up to.”

The truth-baiter is a species of bullshitter. He is not trying to deny the truth or conceal the truth. He wants nothing to do with the truth at all. His real purpose is to trigger an emotional response in his interlocutor—that is, to make a proposal so outrageous that anyone who cares about the truth will be instinctively maddened by such obscene treatment of it.

How to deal with truth-baiters? Ignoring them may seem like the best option. However, the trouble with inaction in these cases is that it allows the claim to work on weaker minds: to the point that many come to see the possibility of truth in what is blatant absurdity.

No, there is only one way to deal with truth-baiting. It must be confronted in a manly and forthright way. You must not only show why certain claims and suggestions are ridiculous and stupid; you must also expose the shameful and insidious agenda of the person who makes them. Don’t play the truth-baiter’s game and go off on a rant. The trick is to calmly and pointedly show his duplicity of statement and intention.

How To Deal With Truth-Baiting