How To Deal With Frenemies 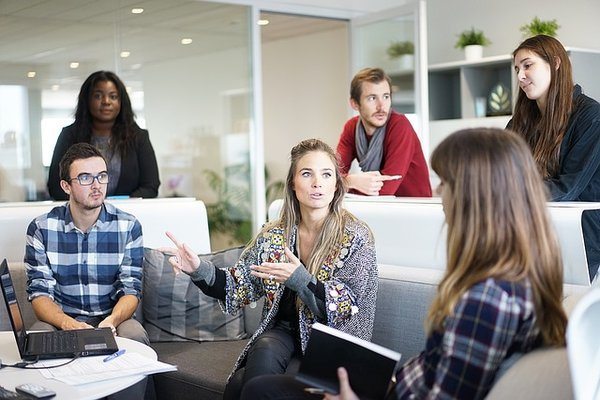 The encounter was inevitable. Sooner or later you would have to meet him. Fate caught up with you at a company function. While getting a drink or taking another turn at the buffet, some mutual colleague introduced you to each other. You would be working together. Your education, skills, and knowledge were complementary, you were told, and the upcoming projects would need the two of you to put your heads together.

You are of similar age and socio-economic background. You are both good looking, charismatic, energetic, and are seen as the hot shots or rising stars of the practice. As the night wore on, you even discovered similar tastes in music and films and have more than a few hobbies in common.

By the end of the evening you believed you had found a new friend. A few days passed. The team assembled. You began working together.

You then start noticing certain seemingly innocent slights and moments of awkwardness. It was some time before you realized that he was taking credit for your work and painting you in a distorted and not wholly truthful light to your superior.

All the while the two of you were as tight as brothers. Eating, drinking, carousing, and chatting up women together. He even made a point of feeding you news and intelligence that has helped you in your work.

Things don’t add up. Your relationship with this man is baffling in the extreme.

If you are in the situation described above, or something like it, you have made not a friend or an enemy but a frenemy. A frenemy is someone who is at once a close friend and a dangerous rival. Such relationships occasionally spring up in your non-professional social circle, but the phenomenon is most commonly seen in the workplace.

Frenemies are the result of the longer hours people spend at work. You see them especially in high-end professions. Long stays in offsite and out-of-town locations, the need to meet frequently and work problems into the late evening, and the absence of any other society have created a situation in which the personal and professional are blurred. Who else are you going to have dinner with at eight o’ clock in the evening? Where else are you going to go for a chat and a bit of bar hopping?

But the colleague who becomes your friend is still as ambitious and hungry for money and success as you are. Many such persons will assume two states of thought and feeling at once. They will be a true and sincere friend and a scheming and maneuvering rival.

How to deal with such persons?

It is a difficulty. You may think that the best option is to cut them off completely. But that isn’t as easy as it seems. Giving your frenemy the cold shoulder may compel him to escalate his campaign against you, and treat you as a real enemy—a person who is to be destroyed rather than toyed with. Waging an outright war against him will lead to tension in the team, reduce its performance, and make it less productive than it ought to be. You will get the blame, which will lead to your going down with the person with whom you’ve decided to engage in an explicit battle of wills.

The better, smarter way of dealing with a frenemy is to beat him at his own game. Don’t allow yourself to be consumed by the little betrayals he’s committed. Recognize that you are natural rivals: you are of the same age, the same temperament, and possess the same aims and ambitions. Turn that to your advantage. Do what your frenemy has done. Enlist persons who know and like you both on your side. Use them to monitor what he is up to and make early moves to counter whatever he has planned for you next.

What I have sketched above may seem like a strange way to live. But the complexities of the modern workplace make handling frenemies a necessity.

How To Deal With Frenemies