Does Your TS Fling Make You Gay? 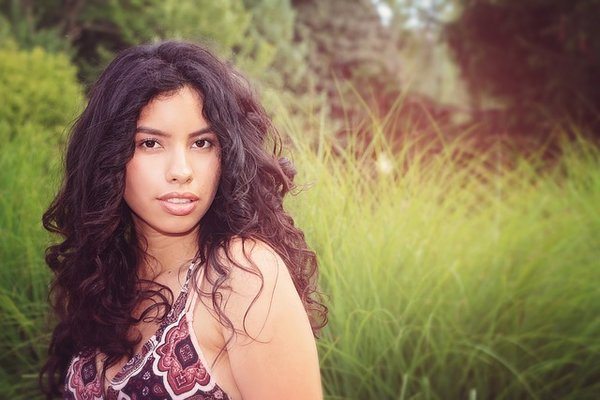 From the very beginning you doubted. You had your suspicions. Her smooth, silky, perfectly brown skin, perky little tits, and firm, high ass were almost too good to be true. She spoke to you in a soft, sultry voice that seemed wired for seduction. Perhaps you met her in a club, on the metro train, or in a grocery store. Wherever it was, that first encounter led to a date, drinks, and a taxi back to your place.

Your heart raced with anticipation as the two of you started making out. You knew what kind of girl she was: your insides screamed the truth of the matter to you. You kissed her and touched her and groped her ass. You pulled her tightly toward you, and that’s when you felt it.

Confirmed in your suspicions, you went ahead with it anyway. You pulled off her top, pulled down her skirt and saw what you knew was there the entire time. A dick. Not just any dick; the dick of a gorgeous, hot, hard-bodied T-girl. There was no going back. You took the plunge and enjoyed every minute of it.

If you are like most straight guys, you will do all that you can to keep a fling with a tranny under wraps. You don’t know what to make of it. Modern convention is clear in its signal to straight men: sex with someone with a dick makes you a homosexual.

But does it? That is the question you are desperate to resolve.

It must first be said that most of what people think they know about sexuality is wrong. As Freud long ago argued, sexuality is a life-long process; it is fluid, not fixed. Your desire for women is a matter of inclination. All it means is that the reaction-formations of your psyche happen to favor physical intimacy with a woman; it doesn’t follow that you can never or will never feel the same way about a man.

The short answer is no. Strictly speaking, you did not sleep with a man, nor are you attracted to one. You are sleeping with a woman trapped in a man’s body. Transgender bio-psychology is much too complex to get into here. It must suffice to say that your TS fling speaks, thinks, feels, and, perhaps most important to you, fucks as a woman does.

Being with a tranny does not amount to a change in your sexual identity. It is an enrichment and expansion of it. Don’t allow the taboos of your upbringing to stop you from receiving the pleasure your girly-boy so willingly, and vigorously, gives you. Keep seeing her, get your freak on, and don’t worry so much about being gay or straight.

Does Your TS Fling Make You Gay?