How To Answer The Charge Of Racism 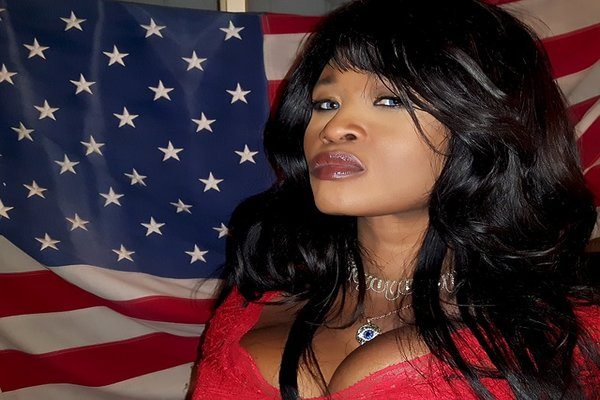 All right, we may as well deal with this issue now before the campaign season descends even further into chaos and nonsense.

So that we are absolutely clear: supporting Donald Trump does not in itself make you a racist. Anyone who believes that is just plain wrong. Race is playing a significant role in this campaign because of the way the Republican nominee has spoken about it.

Biologically, culturally, and anthropologically, there is no such thing as race. Race is a social construct, a social phenomenon brought about by spurious intellectual speculations and certain human-made conditions.

The bad thinking began in the late 17th century when rationalism began to take hold of the Western mind. A number of philosophers from that period believed that human beings, like every other thing in the world, could be placed in large generalized categories, and that the latter could be predicated on the outward features—skin color, hair texture, etc.—of peoples from different parts of the world.

This one bad idea led to many others. By the time the 19th century rolled around a full-blown, but still unsound, system had been devised that created a hierarchy of race. The worst consequence was that people actually started acting on it and making it a part of a fixed worldview. This is how the whole ‘black’, ‘white’ divide hardened into mental and physical apartheid.

In the 20th century the belief became even more ingrained. The great waves of immigrants who came to the United States in the early part of the last century were no longer Italian, Czech, Polish, or Lithuanian. Social convention demanded that they shed their national and ethnic heritage to become white—to distinguish them from the long-established underclass of blacks.

I give this brief and rather simplified history of race to point out the fact that acknowledging race and the racial divide is not an act of racism. Anyone who says this is either ignorant or unfamiliar with history.

Racism is about power and control. It is an ideology grounded in the original and ill-founded systems of the original race systemizers—a belief which holds that some peoples are innately superior to others based on skin pigmentation, language, or other rather superficial features. Racism, as a belief system, generalizes and categorizes people in the crudest ways and insists that some are meant to rule while other are compelled to serve. Any policy that incorporates any of these features, or any combination of them, is racist. Anyone who adheres to the aforementioned ideas is a racist.

Does this include Donald Trump? In my view, it does. Does it include anyone who supports him? No, it does not. If you are a genuine conservative who supports Donald Trump and you have been called a racist, here is how to deal with the charge.

Examine your ideas and positions carefully. Well-meaning conservatives find themselves supporting policies that are covertly rather than overtly racist. And this need not be the case, since American conservatism has now developed a pretty rich pool of ideas that are inclusive and tenable.

David Frum, David Brooks, Kathleen Parker, and George Will are all that is left of the now ignored legacy of the great conservative thinker William F. Buckley. They offer fresh ideas as well as ongoing critiques of the current Republican Party and the contemporary conservative movement. They are, indeed, the leading public intellectuals to read for those seeking an alternative to the rather trashy and ill-thought-out palaver coming from the more dominant right-wing voices.

Presidential politics aside, the charge of racism is serious. Few people nowadays want to be called a racist. Indeed, it occurs to me that too many leftists throw the word around without understanding the level of commitment it takes to actually believe in a racist world system. There is a difference between bigotry and racism. And if you are charged with the latter, you should point out the distinction between the two.

That will set you up to deal with the substance of the charge. If you have been called a racist because you believe in imposing tougher immigration controls, you can dismiss it; for you are speaking with someone who is either trying to bully you or doesn’t know what he’s talking about.

Other bases of the charge may be more complicated. You should, for example, avoid citing crime statistics among African-Americans, Latinos, or any other racial group without mentioning that similar statistics can be found in majority white areas that are economically depressed. Social conditions are the cause of crime, not skin pigmentation. If you are intellectually honest about the role that poverty and resource deprivation in creating public problems, then you will be able to argue your point in a way that undermines the charge of racism.

How To Answer The Charge Of Racism