The Death Of Shame—And How To Revive It 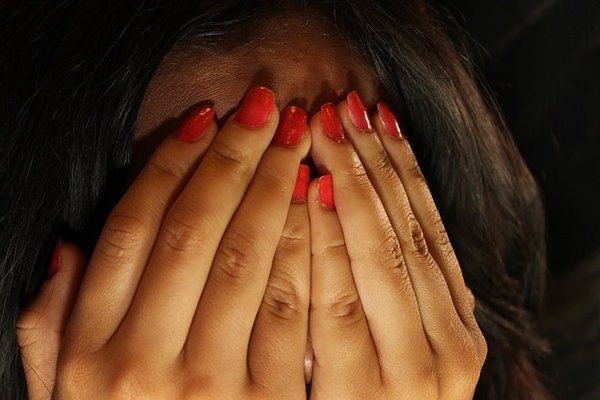 Shame is a powerful emotion. It is the instinctive, unarticulated force of our conscience—one that informs and regulates our thought and action. Shame is, in many ways, the indispensable element of civilization. Without shame, we would never feel discomfort or a sense of wrongness about saying or doing certain things.

The emotion must nevertheless be kept in balance. Too much shame leads to censorship, repression, and even violence—as witness: the so-called “honor” killings practiced in many tribal societies. Too little shame leads to a social and cultural world in which lying, deceit, fraud, and moral anarchy reign supreme.

We, as a society, suffer from the latter of these two excesses.

Shame is dead, and we are the poorer in mind and spirit for it. You have no doubt seen the truth of this yourself. No matter what stupid, ignorant, bigoted, factually baseless, totally bizarre belief makes its way into the public sphere, you will find a group of people willing to back it. And that is all the absurdity needs to gain momentum—to become a position that large numbers of people are willing to be guided by.

Even when confronted with the ridiculousness of what they believe, of its lack of internal consistency, of its divorce from the factual relations of the world, of its grounding in lies and falsehoods, people will insist they are on the side of right and truth—without a blush, without hesitance, without shame.

Although every societal ill is blamed on social media nowadays, there is some truth to the claim that the ability of people to communicate and congregate anonymously has contributed to the death of shame. It is much easier to say outrageous things through the virtual medium than it is in person. However, social media cannot explain the gathering of large crowds to cheer on politicians and policies that are blatantly racist, xenophobic, atavistic, and delusional (And no, I’m not referring solely to Donald Trump. This is a phenomenon sweeping through Europe and parts of Asia as well). Nor can FB and Twitter explain individuals who go on television to defend the indefensible.

What does explain the death of shame? When did it first fall ill and start to expire?

It would require an analysis beyond the scope of this article to pinpoint the exact start of shame’s decline. But, roughly speaking, the rot began to set in during the sixties. If in the name of mental shorthand you want a particular event or thing to blame it on, you should look to the counter culture and early post-modernism.

These movements were important in questioning the nature and sources of knowledge and authority. One of their more pernicious side effects, however, was the creation of a world in which narratives supplanted truth as the ultimate aim of debate and intelligent action. The rise of broadcast media and celebrity culture only exacerbated this trend. Until it became impossible for anyone to be wrong, preposterous, untruthful and thus ashamed about anything.

This is the society we now live in: a society in which shame has become extinct. It is, however, possible for you to revive your personal sense of shame or preserve that which you already possess.

First, you must cultivate the capacity to be wrong. Try like hell to get the facts and keep them straight. Do your upmost to be accurate and sound in your arguments. But know when what you believe is contrary to reality. Be willing to acknowledge when you have been proven demonstrably and decisively wrong. If you know the difference between right and wrong, you will feel shame when you are on the wrong side of the divide.

Second, get out of, or resist falling into, the habit of spin. Changing the subject when confronted with inconvenient or uncomfortable truths has done more to kill shame than anything else. Evasion, re-direction, and other forms of dishonest and disingenuous argument may make you feel good, and if you are in front of others, look good; but spinning your way through the world will significantly reduce your ability to feel shame.

Finally, you must develop a robust sense of goodness and decency. Most people think that they are both of these things. However, the only way you can be either is to know, understand, and develop the specific qualities of which they are composed. This requires some thinking about the kind of person you are and want to be. Only then will you be in a position to keep your instinct for shame active and healthy.

The Death Of Shame—And How To Revive It