How To Keep Calm And Carry On After The Election 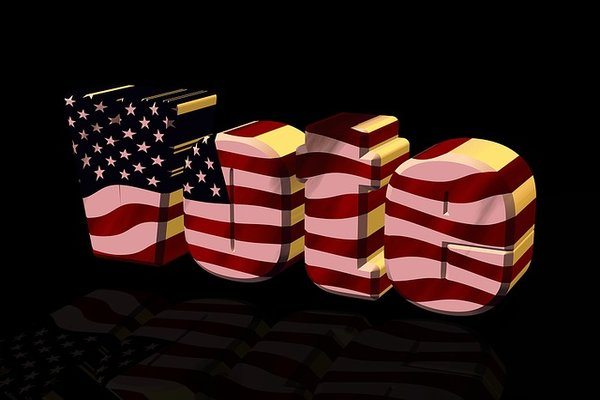 Election Day is next Tuesday. Campaign 2016 is drawing to a close. And I for one am relieved. This has been the angriest, bitterest, most outrageous contest since 2004. It bests that race in its emptiness by being almost completely devoid of meaningful policy debate. The madness of the former contest was inspired by the war in Iraq. This year there has been no central question or idea over which the two parties have fought over.

The nastiness started—and the truth of this is plain for all to see—on the Trump side of the divide and has only gotten worse. I cannot help thinking that the two sides have been united not by shared ideals but common hatreds. This, I suppose, is the inevitable result of having two Baby Boomer candidates who have been in the public light for decades at the top of the tickets. They have both accumulated so much moral muddiness in their respective careers that the slinging of it was bound to be a primary activity in any race between them.

Most of the speculation about the post-election situation has focused on Donald Trump. He has openly flirted with the idea of not accepting the results of the election should he be defeated. This has led some, mostly left-wing commentators, to go on and on about his supposed threat to American democracy.

But is this really the case? After all, what mechanism could the Republican nominee put in motion to end nearly 240 years of republican government?

He has no base of power in government. He has no army in his pay. He does not even command the kind of economic resources that could be used to influence the commerce, finances, and industry of the nation.

Many people would say that none of this matters. That Mr. Trump’s ongoing attempt to de-legitimize the electoral process might drive his supporters into open revolt. They would add that his refusal to say unequivocally that he will accept the results of the election is unprecedented and could prevent a peaceful transfer of power.

Let us deal with the last matter first. The Constitution is the owner’s manual of our democracy. It prescribes the exact means by which a president is to be elected. “The person having the greatest number of [electoral] votes shall be President…”

That is what Article Two states. Nothing is mentioned about the concession or the concession speeches of rivals. Those going on about Trump’s threat not to concede defeat, if he loses, need to take a deep knee bend. There will be a peaceful transition of executive power, no matter the rhetoric of the Republican nominee.

As for the specter of civil war after the election, there is no real sign of it.

Again, I think we all need to step back and take a critical look at what has happened over the past year or so.

Have there been outbreaks of violence at Trump campaigns? Yes. But none of these have involved guns, knives, bombs, or any other kind of weaponry. And the number of incidents has been relatively small as a portion of the total number of rallies held by Mr. Trump.

The vast majority of rallies and meetings associated with the Trump candidacy have been peaceful—hardly the stuff of a rising revolution.

If Donald Trump loses in November, most of his supporters will, on the following day, go to work, go to class, carry on with their plans to start a business, continue their effort to write a book, produce a song, or create a work of art.

They will take their children to school, collect the mail, do the shopping, and run the dozens of other chores they have on any given day.

In other words, life will go on for most people. And the idea of life going on brings us to the central point of the article.

If you cannot imagine living in a world in which the other candidate wins, here are a few tips to help you cope if the worst (for you) actually happens.

First, do not attempt to cut yourself off from news and social media straightaway. It will be futile to do so. You will not be able to go cold turkey after months of following every twist and turn of the race.

Follow the news as well as your FB and Twitter feeds the first couple of days after the election. Get your disappointment—however violent it may be—off your chest as you do so. Then start to back away. Do not be lured into unceasing rage. It will only lead to burnout and depression.

Turn your attention to other matters. Start reading a literary classic as a way of transporting yourself to a different world. Start watching a new TV drama on Netflix or Amazon Prime. In other words, do what is necessary to divert your attention from the talking heads and the endless process stories that will come out after Election Day.

Second, try not to talk politics with friends. Give yourself a cooling off period. It will come up during Thanksgiving Dinner, so you will be compelled to talk about it then. In the meantime, you should avoid bringing it up yourself.

When enough time has passed—I would say after the Inauguration—start looking at candidates you may be interested in supporting for the 2020 campaign. It is never too early to start thinking about the next presidential election. Indeed, doing so may help you better cope with losing this one.

Hillary Clinton and Donald Trump are only two individuals. Politics and democracy are bigger than either one of them. You should keep this in mind if you find yourself on the shitty end of Election Day.

How To Keep Calm And Carry On After The Election