Why Having A Strong Ego Is Good 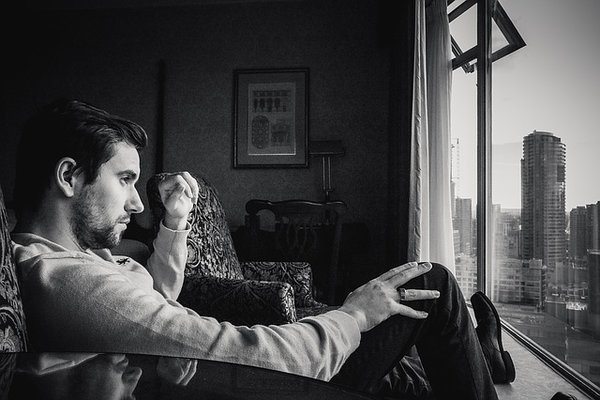 This will hopefully be the last article in which I will have reason to mention Donald Trump. One of the many issues his rise to political prominence brings into the fore is the male ego.

Have you ever been told that you have a big ego? Have your friends, family, or girlfriends ever complained that your ego makes you a less than agreeable person to be around? You are baffled by such talk. You can find nothing mean or low in your character. You are pleasant, usually cheerful, and you try to treat people in a mild and gentle manner.

The criticism regarding your strong ego tends to follow some situation or circumstance in which you gave an opinion or was asked to organize an event, resolve a problem, or perform some other service. Your superiority to others in these matters—i.e. intellectual argument, organizational management, and practical problem solving—is what likely leads to people charging you with having a big ego.

What they really mean is that you possess a strong ego. And that is a good thing.

The ego, as a discernable psychological force, is the thing that most separates us from our animal cousins. It endows us with the capacity for thinking, calculating, and anticipating; the ego encounters and tests realities and gives the mind its grammar for interpreting the world. Without it we could not turn our wishes into ideals or our desires into action. We would have long ago become extinct, and could certainly never have produced the achievements of civilization—art, science, language, government, and science.

Having a strong ego is a good thing. It means you are closer to being a more fully realized person than others. It means your ability to reason about the world and make decisions that bring your part of it in line with your will is sound.

People often mistake ego with conceit and megalomania. Here is where Trump come in (again, hopefully for the last time).

A megalomaniac is a person obsessed with power and deluded about their own importance. There is a world of difference between feeling that your views and your life are of some importance and believing that they are of the only importance—to your friends, your community, your country, or the entire world. Such a condition far surpasses the boundaries of having a strong ego.

In any case, it is right that you know who you are as a person; that you have specific ideals, tastes, convictions, and habits of mind. It is good that the myriad incidents and accidents, sights and sounds of everyday life do not throw you this way and that; that you cling tightly to the ethical, professional, and intellectual imperatives which together define the possibilities and prescribe the limits of your individual action.

A strong ego makes for a strong man—a man who knows his own mind and character and is not afraid to exercise them to speak as he feels and do what he believes is right.

Why Having A Strong Ego Is Good