An Atheist’s Guide To Surviving Thanksgiving 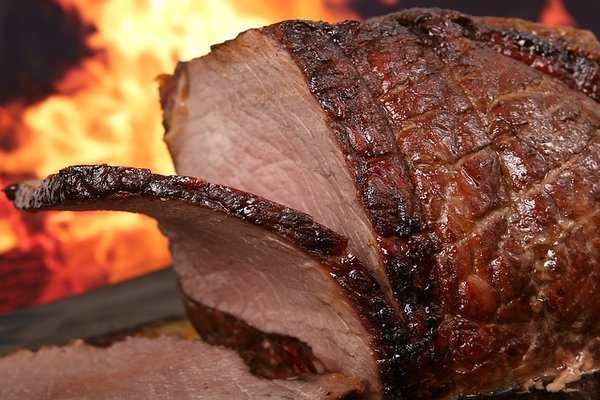 I am sure that many of you are looking forward to Thanksgiving with a mixed feeling of anticipation and dread.

On the one hand, the long weekend brings with it time with family and friends. You’re looking forward to a bit of mom’s home-cooking and a well-deserved break from restaurant food and ready-to-eat meals.

On the other hand, there is the spirit of religiosity to contend with. This year, as the only atheist in the family, you should expect more than the usual harassment from the crazy uncle who watches Fox News all day. Given the results of the national election, he and others in your family will be keen to din into your ears the usual religious rhetoric.

Here is how to survive the various arguments and pleadings in store for you this weekend.

It is quite easy to deal with the simpler contentions made by the faithful. The more tiresome exercises are those in which your interlocutor thinks he’s made some profound, unanswerable point.

Here is one of the most common ones:

You ask him what proof is there of God’s existence.

He counters by asking you what proof is there that you love your family or your significant other.

He thinks he’s got you; but the rejoinder is so obvious even a child can see it.

Of course you can’t prove that you love your mom and dad or your girlfriend, but you don’t go around claiming that any of these people designed the cosmos and rule over it.

Another argument you may hear is that concerning mind and consciousness. If your interlocutor uses these words instead of soul, he has probably read one or two books in popular Christian philosophy.

The reasoning goes that science has yet to provide a detailed account of the origins and operations of the human mind. The functions of consciousness—will, purpose, and reason—makes the human species distinct, which suggests the existence of an intelligent designer. How else could humans have ended up being the only species with such ability?

This line of argument is filled with fallacy and error. Choosing the attribute of consciousness as proof of a grand designer is as arbitrary as pointing out the feature of webbed feet on ducks. As well say that the rarity of webbed feet is proof of such a being.

In any case, your interlocutor is mistaken. Will, purpose, and reason do exist in other animals; they are just of a greater power and manifest in a more concentrated form in human beings. This is a difference of degree, not of kind. Anyone who has owned or been around an exceptionally clever dog knows this. And then there is the remarkable intelligence shown by whales and dolphins, monkeys and gorillas. All of these creatures possess an intelligent consciousness shaped by their evolutionary circumstances.

The next issue is the general etiquette of being the only atheist in your home this Thanksgiving.

I would encourage you to try and keep the peace. You are on vacation, and you have come home to enjoy a bit of time with your loved ones. Do not object to the prayer before dinner; and, aside from the previously described philosophical debate you will be forced into by your uncle, aunt, or evangelical cousin, do your best to avoid the subject. Focus on old times, or on what you are doing in your job or your future plans.

Try to keep the conversation on things that all of you have in common. Eat, drink, and be merry this Thanksgiving. You’ve earned it!

An Atheist’s Guide To Surviving Thanksgiving