Is Your Girl Too Hot? 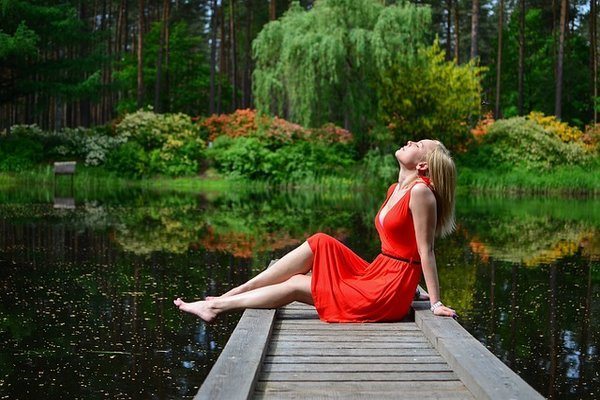 Long hair, long legs, wonderfully luscious tits, a firm, voluptuous ass, full enticing lips—this is a picture of every man’s dream girl. And it describes your girl perfectly. You are not half bad-looking but you never thought you’d end up with a girlfriend as hot as the one you have. Everything about her screams sex. She overflows with womanly charms. Her sexiness is extreme. She is a magnet for male attention, a walking obscenity.

She is also that rare kind of beauty who is a genuinely nice, unassuming person. She has expressed her complete devotion and loyalty to you, but that doesn’t stop men from sniffing around her.

The volume of male interest in her makes it impossible for her not to flirt. This, however, may be a kind of reflex. Put yourself in her shoes. She has probably looked the way she does since she was a teenager. When her body first started developing, she had every boy in school chasing after her. With so much sperm competing for her few precious eggs her natural response—the response of any woman—would be to set the filled-up balls against one another: smile, charm, and make eyes at all of the boys, but give in to none of them.

The habit is one that she no doubt has carried into adulthood. Her light flirtations are her own way of coping with all of the attention she gets; it is a way of giving men some minor compensation for their trouble in order to keep them at bay.

You, however, find it hard to accept this and would prefer that she take a sterner, harsher line against the men who chat her up. You want to be the sole object and beneficiary of her affections, and you worry that her receptiveness to flattery may one day lead her astray.

Your concern is not without merit, and there are a few ways to deal with it.

The first is simply to verify the thesis I laid out above. Talk to her about the way she interacts with guys that come on to her. Try to understand why she engages in what you, and most other reasonable observers, would consider flirtatious behavior. It may be the case that she does so for the reasons I’ve set out, or something close to them. If that is the case, then it is best to let the matter alone. She can’t help the way she looks, and she has figured out a way to make the best of the great gifts that nature has bestowed upon her.

In speaking to her, you may discover that flirting-as-coping doesn’t come into it at all. She flirts for pure enjoyment. If that is the case, you should do the same thing: flirt with other girls when she is around—especially when she is around. As you may have already noticed, a beautiful woman on your arm makes you even more appealing to other women. Your girl already knows this. Using her looks to attract the attention of other women is a more than suitable revenge for her outrages against you.

Your final option is to break up with her. The idea is not as crazy as it sounds. Not every guy can handle going out with a breathtakingly beautiful woman. Being in a state of constant anxiety and anger over whether your girl is being hit on and fondled, and enjoying it, is no way to live. You have had multiple nights of mind-blowing sex with the most beautiful women you’ve ever seen. That is a great life experience. It may be time to move on to a woman who is much less stressful to be with.

Is Your Girl Too Hot?