Revisiting Brexit—Possible Consequences For Your Money and Career 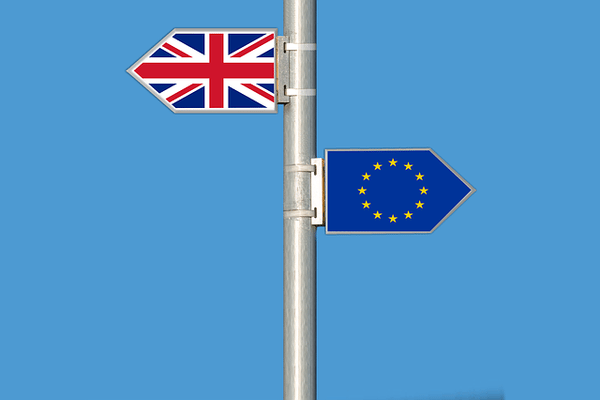 On Tuesday, the British Prime Minister, Theresa May, announced the principles that would guide the Government as it negotiated the United Kingdom’s exit from the European Union. As many feared, the Conservatives intend a hard Brexit. Britain is to sever its links to all European institutions. The single market and customs union are to be ditched, which means that the country will no longer have free and unrestricted access to the second largest market in the world.

As Britain is the second-largest economy in the English-speaking world, every English-speaking business person ought to be concerned with the consequences of the country’s separation from Europe.

In the realm of finance, London is as important as New York City; it is one of the great centers of international commodity and currency trading. The deep expertise of its professionals, the extensive and complex interconnections of its companies, and its solid and steady links with other trading centers such as Hong Kong and Singapore will probably allow The City to absorb the shock of Britain’s break with the EU without too much damage.

If you work in finance and do business regularly with London-based firms, there is, for the moment, no reason to panic; you should advise your clients likewise.

However, the situation is one to monitor closely. Until there is a final deal between the UK and the EU nothing is settled. In fact, the Tory push for a hard Brexit has introduced two particular pieces of uncertainty.

On the day of the prime minister’s speech, several German companies announced their intention to scale back investment in Britain; similar announcements from other global companies are expected.

Depending on the size and scale of the decrease in FDI, a number of British-based companies and industries may go into a permanent decline. The country will certainly lose its agricultural subsidies, and the Government has made no commitment to replace this funding.

I would advise anyone with investments in British companies involved in food retail and automobile parts manufacturing to put no further money into them. For these businesses will be the first ones to feel the pinch of a hard Brexit.

The break-up of the United Kingdom itself is the other great danger produced by the Government’s plan. After the referendum last June, there was some speculation that the Scottish National Party, which now holds power in the Scottish Parliament, would once again push for Scottish independence (Scotland voted overwhelming to remain in the EU). Theresa May quelled the potential rebellion by stating that negotiations with Europe would not begin until all the governments within the UK—Scotland, Wales, and Northern Ireland—agreed on what Britain’s relationship with the EU ought to be.

It is clear that the prime minister has no intention of honoring that commitment and intends to go it alone. This has re-ignited the fires of resistance and defiance north of the border. Even if the nationalists do not pursue a second independence referendum (and it is not clear that they can actually win it), they may stretch the devolution settlement past its limit and create the kind of discord that could make the country independent in all but name.

The fallout could do further harm to the pound. However, it might also raise the economic profile of Scotland. You should start looking at Scottish-based companies, as well as real estate in Glasgow and Edinburgh. If Scotland through hook and crook manages to keep its links to the EU intact, a great deal of talent and money will flow to these cities.

I will continue to follow this unfolding geo-political drama and write about major developments as they occur.

Revisiting Brexit—Possible Consequences For Your Money and Career