Are You Having An Emotional Affair? 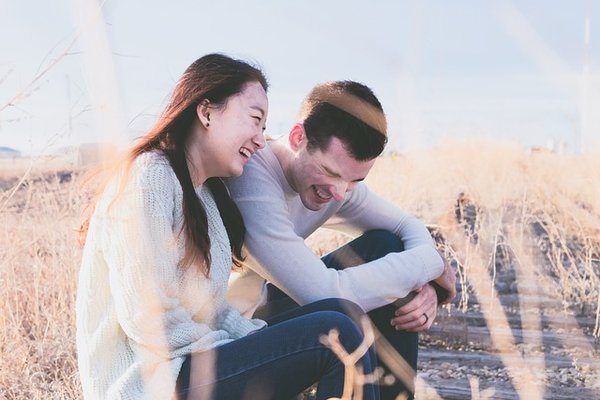 It all started out so well. Those first few months of your relationship were like nothing you had ever experienced before. They were filled with wild marathons of sex, late night conversations, hours spent sharing hopes, dreams, ideals, and aspirations. You were convinced she was the all-important soul mate that you were promised. Unlike most women you dated, you were completely into her. It was a remarkable, surprising, and unprecedented event—and it was real.

As time passed, so did the feeling. Those first bright, intensely burning fires gave way to a milder, more sustainable heat. You may have even moved in together in an effort to build a life as a couple.

However, things are not the same as they once were. A great deal of tension, difficulty, and frustration comes with domesticity. It is hard to let yourself go, to be physically and emotionally available to someone with whom you find yourself in constant confrontation and negotiation.

Recently, you’ve met another woman. You want badly to fuck her. But you have made a point of not doing so. You know that things are not working out with your girlfriend, but you are determined not to be the first one to cheat.

But have you not already done so?

There are many forms of betrayal; and you may have inadvertently slipped into one of the most pernicious kinds: the emotional affair.

An emotional affair involves becoming close to someone else in a way that touches your deepest feelings and affections. Some men are more prone to this kind of cheating. You may be one of them.

Here are a few signs that you are having an emotional affair.

If you have become suddenly obsessed with subjects—books, art, politics, etc.—enjoyed by your new acquaintance, it is a sign that she touches you in ways that go well beyond friendship. This is especially the case if you have steadfastly rejected everything your girl has tried to interest you in.

2. You start using the language of your new “friend”

You may have shared your relationship problems with the new woman in your life. She has no doubt told you what she thinks about the situation. That is fine. Indeed, that is what friends are supposed to do. Monitor your language closely though. If you start using whole phrases from her in arguments with your girlfriend, then you are no doubt involved in a form of emotional intimacy with the new woman. A transformation has taken place; it is radical and permanent and should be acknowledged.

3. You tell your “friend” your hopes, dreams, and ambitions rather than your girl

When you first started going out with your girlfriend, you could not cease sharing all that you were and hoped to be with her. You are still working toward your dreams and have never been shy about describing the wonderful things you want to do. The difference is you no longer tell the woman you live with about such plans. You tell it all to the woman you’ve been secretly meeting. That you have not introduced her to your girlfriend—have not even told the latter about her—is a sign that you are involved in an emotional affair.

A physical affair is a response to our basic need as men to spread our seed as widely as possible. Although our women never believe us, we know that we can have sex with another woman without the slightest bit of emotional commitment.

An emotional affair is something quite different. If you are involved in one, then you have already committed your soul to another woman. Your best, indeed your only option, is to commit your body as well.

Are You Having An Emotional Affair?