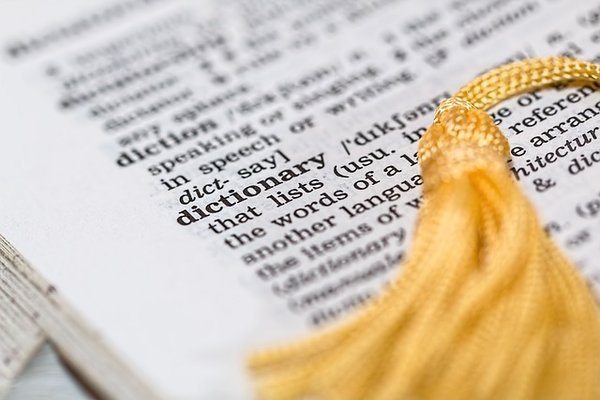 Criticizing the diction, speech, syntax, and style of others is generally seen as an act of snobbery. But the state of language, especially in politics, is so alarming that anyone who cares about carrying on civilization itself should feel no shame in wearing the mantle.

We are constantly told that language is an organic phenomenon, that no person or group owns it, that it must be allowed to grow and adjust to the conditions of the time; that words take on new meanings; that new patterns emerge in written and oral usage; and that to resist such transformations is to be at best a sentimentalist and at worst an elitist.

I do not object to the premise of this argument. Language is organic. We neither spell nor write English today as people did in the time of Shakespeare. I do not propose to work against the slow metamorphoses of the English language; only to make an argument for why, whatever its emerging grammar, logic, and vocabulary, it ought to be used to make thought clear, coherent, exact, interesting, and vivid.

It is the death of good English usage that I deplore, not the subtle changes in the language itself.

Bad habits in modern English have the effect of lowering the general intelligence. Without our realizing it, we become stupider, less informed, and less able to both comprehend and express thought. If you are constantly bombarded with mangled grammar, misused words, and idiotic sentences, you will unconsciously begin to imitate them. That is, unless you are willing to take the trouble to detect poor English usage and understand where the writer or speaker went wrong.

Language still matters. People around the world are horrified at the spectacle that the current president is making of himself; they have indeed been horrified at the tone and tenor of the campaign that led to his election. But Trump is a symptom of a larger problem.

George Orwell in his famous essay “Politics and the English Language” spotted the germ of what is now a virulent and all-consuming disease. He wrote of English usage in his day (1946): “It becomes ugly and inaccurate because our thoughts are foolish, but the slovenliness of our language makes it easier for us to have foolish thoughts.”

This is an excellent summary of the problem. The worse we abuse the language the less able we are to use it to articulate clean and solid thought. Orwell pointed out a few of the common abuses in his day. Some of them are still around. Below I briefly describe the more prominent ones of today.

Few politicians and talking heads actually choose words nowadays; it is the soundbite, the hackneyed phrase that they’re after. The best example of this is in Britain.

Since the EU referendum, both David Cameron and his successor Theresa May have gone on about “getting the best deal possible” from EU negotiations. Every Tory that has been interviewed has repeated this phrase. Specific aims, plans, ideas, and actions have not once been discussed. The politicians have been allowed to get away with the dull repetition “getting the best deal possible”.

Common sense and intellect cry out against this cliché. Is there anyone in British politics who would want to get the worst deal possible for the country? Would any of them go around saying that an okay deal for Britain would suffice? Of course not. Nevertheless the mindless phrase keeps getting repeated. And what is most discouraging is that members of the so-called opposition, the Labour Party, have started saying it as well.

Muddying the waters is another way of describing this verbal trick. It involves knocking the sense out of words in order to neutralize their descriptive power.

Donald Trump’s designation of a well-established news organization as “fake news” is the most recent example of this linguistic ploy. By calling CNN fake news he makes it seem as though “fake news” is just something that people say: it has no real meaning, it is not a phenomenon that really exists, it is a pejorative term that anyone can use to describe journalism whose coverage they don’t like. This is the thinking behind nonsensical usage.

Irrational is also a word that is frequently turned on its head for dishonest purposes. So, for example, scientists and those supporting their work and findings are often called irrational by religious nutcases. There is, however, such a thing as irrationality. Incoherent, inconsistent, contradictory, or fantastical thought and expression fits the definition. However, you will often find people on the right dismiss as irrational anyone who points out the baselessness of their charges against the methods and concepts of science.

“Alternative facts” is another example of nonsensical usage. You can have alternative explanations, opinions, narratives, and many other things. But a fact either exists or it doesn’t exist. It is something that is either established or not established. There is no such thing as an “alternative fact”.

We have a tendency nowadays to make everything the worst, the best, the happiest, the saddest, the most corrupt, etc. The president is well known for speaking in this babyish and ignorant way. Even if limited to your personal experience, you rarely have cause for using a superlative to describe an event, a person, or an action.

Sports metaphors are becoming especially tiresome. In three different news outlets Donald Trump’s travel ban was described as “an unforced error”. The most irritating person I heard use it had the gall to appear as though he was the first person to say it. Metaphorical writing tends to be vague and obscure. And the use of mixed metaphors tells you all you need to know about the writer: he has no idea what he is talking about and what he is saying.

I could go on with this, but I think you get the picture. People in privileged positions in the public sphere owe you and everyone else their very best effort to communicate clear and honest thought. For the most part, they are not doing so. It is well past time that we demand more of them, that we resist their attempts to bullshit and manipulate us with vagueness, nonsense, puerility, and imprecision. Language matters. It is essential to the human heritage. And it is up to all us to keep in the highest state.